Targeting Finance Minister Arun Jaitley, Gandhi said 'entire country will shout to say that there is no ease of doing business in India'. 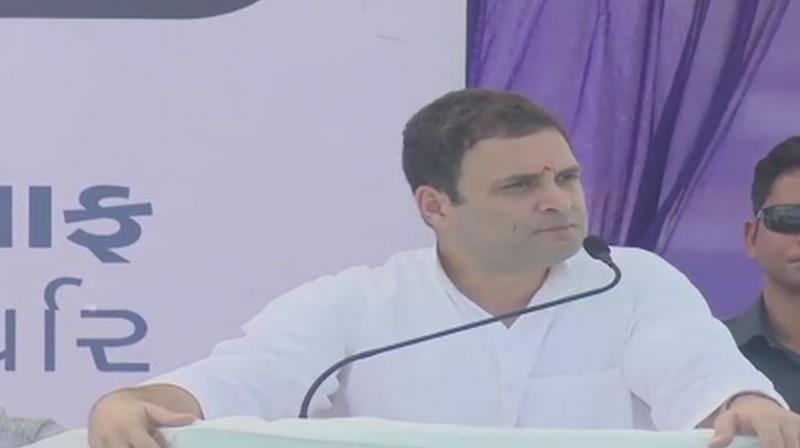 Targeting Finance Minister Arun Jaitley, Gandhi said the "entire country will shout to say that there is no ease of doing business in India".

Resuming his campaign from Jambusar town of Bharuch district in Gujarat, where assembly elections are scheduled in December, Gandhi said at a public rally, "Yesterday Arun Jaitleyji said some foreign organisation has certified that India has considerably improved in ease of doing business."

Jaitley, he said, sits in his office and believes what foreigners say.

The finance minister, Gandhi added, should meet small and mid-sized businessman for five-10 minutes and ask if the ease of doing business had really improved.

"The entire country will shout and say ease of doing business is absent, you have destroyed it, your demonetisation and GST have ruined it," Gandhi said.

Earlier on Wednesday, Gandhi had put a tweet in Hindi, taking off from a famous Ghalib verse to say that Jaitley was deluding himself.

According to the World Bank, India's rank on 'ease of doing business' scale has risen from 130 to 100 this year, helped by a slew of reforms in taxation, licensing, investor protection and bankruptcy resolution.

Addressing a press conference soon after the World Bank ranking was made public on Tuesday, Jaitley had said India is the only major country named for pursuing structural reforms.

"In 2014, we were 142nd and then (in) last two years, we improved to 131st and 130th. These are not generalised rankings. It happened in specific areas and they take tough parameters for that ranking," he had said.

The "highest jump" in ranking was possible as significant improvements in all the 10 judging parameters were made in last three-four years "so that it becomes easy to do business in India", Jaitley said.