The slain militant, Saif-ul-Islam Mir, had taken over as the commander of Hizb after death of Riyaz Naikoo 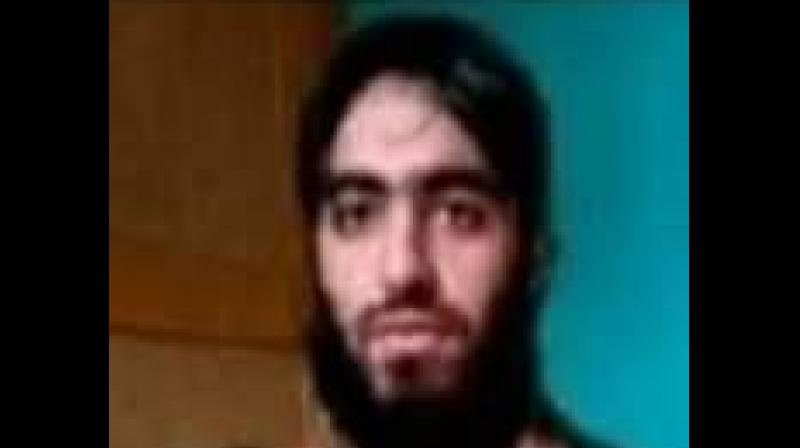 SRINAGAR: In what their officials termed is a “big achievement”, the security forces on Sunday killed the ‘operational chief’ of Jammu and Kashmir’s frontline militant organization, Hizbul Mujahideen, during a firefight on the peripheries of Srinagar.

The slain militant, Saif-ul-Islam Mir, a resident of Malangpora of south Kashmir, who was known among the militant ranks by pseudonyms  of Dr. Saifullah and Ghazi Haider, had taken over as the commander of Hizb after its ‘operation commander’ Riyaz Naikoo was killed along with his aide in a gunfight with security forces in Pulwama district on May 6 this year.
“His killing like that of Naikoo in May is a big achievement of the security forces in their fight against militants in J-K,” said Inspector General of Police (Kashmir range), Vijay Kumar, said at a hurriedly called press conference here.

The police said that Saifullah had joined the Hizb ranks way back in 2014 and was known to have worked closely with its popular internet savvy commander Burhan Muzaffar Wani who was killed during security forces’ operation in Kokernag area of Anantnag district on July 8, 2016.

Kumar said that Saifullah was gunned down during an encounter in Rangreth area on the peripheries of Srinagar city. Another person who had been holed up with him chief in a private house of the area during the security forces’ cordon-and-search operation was taken into custody by the police and, according to the officials, has been put on intense interrogation.

Initially the operation was launched jointly by J-K police’s counterinsurgency Special Operations Group (SOG) and the Central Reserve Police Force (CRPF) but later when the fighting broke out, a column of Army’s 53 Rashtriya Rifles also joined it. The police said that the operation was started on a specific input about the presence of a militant in the Rangreth area.

It said, “During the search operation, as the presence of terrorist got ascertained he was given opportunity to surrender. However, he fired indiscriminately upon the joint search party, which was retaliated leading to an encounter”.

The police claimed that the slain militant commander was involved in many “terror crimes and civilian atrocities” besides  being instrumental in recruiting local youth into militant folds.

J&K’s Director General of Police, Dilbagh Singh, told reporters, “We were tracking his movement for the past two days and I would like to congratulate the Anantnag police for doing it successfully and sharing inputs with the Srinagar police and today we finally managed to neutralize him.” He added, “Saifullah was a top and long surviving commander of the Hizb who was involved in many terror acts. With his killing, the Hizb has once again become leaderless.”

The police chief claimed that Saifullah was also behind the killing of a local BJP youth leader Fida Hussain and his two associates  Umar Ramzan Hajam and Umer Rashid Beigh in southern Kulgam’s Yaripora village earlier this week. IGP Kumar had on Friday said that Lashkar-e-Tayyaba (LeT) and The Resistance Front (TRF) were involved in the killing of the trio and  claimed that those who did it “included a local Nisar Ahmed Khanday, another one, namely Abbas Sheikh, who was earlier with the Hizb-ul-Mujahideen and later joined LeT, and the third one may be a foreigner”.

The Hizb had not reacted to the police claims till the filing of this report.