Indo-Nepal border to have laser walls

In view of increasing threats from hostile neighbours, the 1,751 km long Indo-Nepal border will soon have ‘laser walls’ 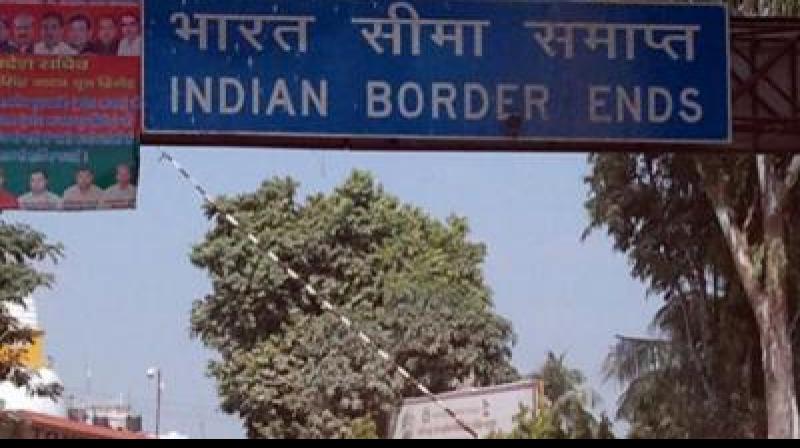 Hyderabad: As India is fast-tracking the construction of its border infrastructure in view of increasing threats from hostile neighbours, the 1,751 km long Indo-Nepal border will soon have ‘laser walls’ or infrared fencing to maintain effective vigil.

The infrared fencing will be in place around the Sonauli checkpost on the Indo-Nepal border in Uttar Pradesh and will be extended to the border areas in Uttarakhand.

The Sashastra Seema Bal (SSB) that guards the Indo-Nepal border, has taken a cue from the Border Security Force (BSF) which has installed infrared fencing along the India-Pakistan international border in Punjab to keep an effective vigil on terrorists and narcotics.

Sources in the SSB told The Asian Age that though the work to install infrared fencing was supposed to commence early this year and completed, the project could not take off due to the Covid-19 induced lockdown. Now that the lockdown has eased, the work is likely to commence soon.

Since the India-Nepal border is open under the international friendship treaty, it witnesses hectic activity as people do not require a visa or other documents to cross it. All that they need is an ID proof which facilitates easy movement. The porous border also enables hassle-free entry and exit to illegal immigrants, terrorists, human traffickers and those involved in narcotics smuggling.

The blueprint was prepared a couple of years ago and senior SSB officials were given a demonstration of infrared fencing and other state-of-the-art electronic surveillance gadgets at the SSB headquarters in New Delhi. “The India-Nepal border is porous and there is a need to have effective surveillance mechanisms. The growing friendship between Nepal and China has a huge bearing on our internal security,” they said.

Explaining its functioning, sources said that the invisible laser walls has sensors that are monitored through a satellite-based signal command system. It also has night and fog operability tools.

“It can detect intrusions and relay information to the border guarding force. The latest laser walls can monitor large swathes of territory,” they said adding that the force was looking for non-obtrusive checking mechanisms.

Besides laser walls, the SSB personnel will also be provided with the state-of-the-art explosive-cum-narcotic detectors, fibroscope (a flexible fibre optic bundle with an eyepiece on one end and a lens on the other which is used to examine and inspect small, difficult to reach places like the insides of machines) besides other equipment to check smuggling.