In UP, heavenly blessings come dyed in black

The puppies, brown or white, are dyed black and then sold. 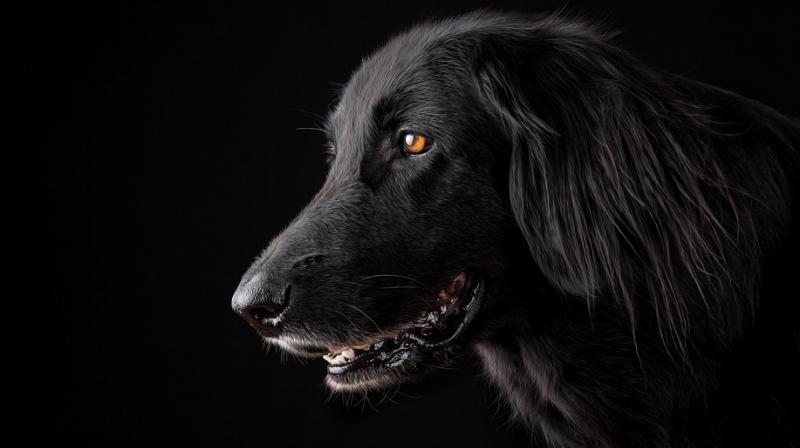 Lucknow: The lure of lucre is making dogs and monkeys go black. With the astrology programmes on national TV channels going overboard in highlighting the power of “Shani” (Saturn) and astro gurus prescribing feeding of black dogs and black monkeys as a cure for the ills brought about by the ‘Shani’ effects, the demand for black dogs and black monkeys has increased in recent months.

“The demand for spotless black dogs has risen manifold while the demand for black monkeys is comparatively less because not everyone is willing to have a pet monkey. Black dogs, without a speck of any other colour, are rare but we have to cater to the demand,” said Raju, who now earns up to Rs 10,000 to Rs 20,000 per month selling black dogs.

How Raju gets these black dogs makes an interesting story. This young man, in his early 20s, steals puppies of good breed and then dyes them black.

“Pedigreed dogs that are black (read dyed black) can fetch up to Rs 4,000 while street dogs that are spotlessly black are sold for Rs 1,000 to Rs 1,500. When we don’t get dogs of good breed, we depend on street dogs for a living,” he explained.

However, he said that he uses “good quality hair dye” to make sure that the dog does not suffer an allergy. Raju and half a dozen other “entrepreneurs” like him sell over a dozen dogs every week.

“We sit with the dogs on road and within no time, customers start lining up,” he added.

The puppies, brown or white, are dyed black and then sold. “We use good quality dyes so that the animal does not suffer any allergy and it takes two to three months before the dye starts wearing off. By then the customer and his family get so emotionally attached to the animal that they keep it despite its changing colours,” Raju said.

The business of black dog is booming in Uttar Pradesh’s  major cities while that of black monkey is restricted to holy places like Allahabad and Varanasi, especially among foreign tourists who get fascinated by them.

“Black monkeys are rare to find and foreign tourists give us money if we possess one. Just one black monkey is enough to help us sustain our family,” said Kripa whose Bhole, a brown monkey that has been dyed black.

“I dye Bhole’s hair every six weeks so that his brown hair does not show up and he gets me my daily bread,” said Kripa.

Raju and Kripa are unaware of the fact that dyeing dogs and monkeys can attract action under the Wildlife Protection Act that prohibits the use of chemicals on animals.  The police feel that it is too small an act to warrant attention.