Addressing the rally, Raja Bhaiyya, who has served as minister in five governments in UP. 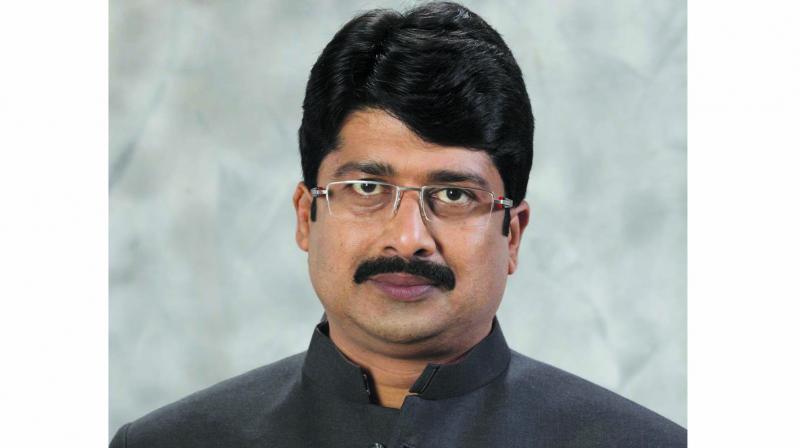 Lucknow: Independent legislator Raghjuraj Pratap Singh, who is also known as Raja Bhaiyya, on Friday, is trying to re-establish himself in Uttar Pradesh politics with upper castes and youth as his vote base.

His first rally on Friday to mark completion of 25 years in politics was attended by lakhs of supporters who spilled over the specious Ramabai Ambedkar Maidan and had come from other states including Madhya Pradesh, Chhattisgarh, Maharashtra, Rajasthan, Punjab and even West Bengal.

If the milling crowds at the rally for an independent legislator are any indication, Raja Bhaiyya could easily emerge as a game changer and a Thakur icon in UP politics.

Addressing the rally, Raja Bhaiyya, who has served as minister in five governments in UP, spoke openly against the SC/ST Act and said that it was only serving to alienate Dalits from the social mainstream.

In a move that is bound to attract upper caste and OBCs to his new party, Raja Bhaiyya said, “The amendment in the SC/ST Act not only concerns a large section of society but also serves to alienate Dalits from the social mainstream. All political leaders express concern on this issue in their drawing rooms but do not speak out in the legislature and Parliament or in the media.”

Raja Bhaiyya further said, “The welfare of Dalits cannot be ensured by segregating them in this manner. The law should be equal for all; B.R. Ambedkar did not emphasize this segregation in the constitution. The governments have maintained a silence on the issue which is aggravating the situation.”