India   All India  01 Dec 2018  Sex worker in India shared her story with Bill Gates, left him in tears
India, All India

Sex worker in India shared her story with Bill Gates, left him in tears

During visit to India, Bill and wife Melinda had ability to completely shut out everything extraneous and focus on community of sex workers. 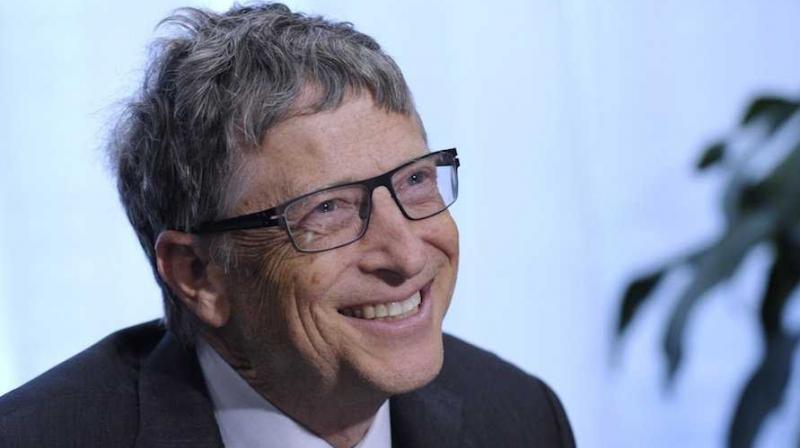 A woman confided with Bill Gates on how she had hidden the fact that she was a sex worker from her daughter, who was then in high school. (Photo: File | AP)

New Delhi: Bill Gates during one of his several visits to India as part of the AIDS prevention programme of the Gates Foundation couldn't hold back his tears on hearing the story of a sex worker whose daughter committed suicide after being harassed and ostracised by her schoolmates, says a new book.

Ashok Alexander, who headed the Gates Foundation's HIV/AIDS prevention programme Avahan for over 10 years, has come out with a book ‘A Stranger Truth: Lessons in Love, leadership and Courage from India's Sex Workers’ in which he talks about the country's sex workers, their lives, how India is a success story in the epidemic and what leadership skills and life lessons can be learnt from them.

The author mentions true stories of the lives of sex workers in India that are about finding hope and redemption amid heartbreak and despair.

During their visits, Bill and wife Melinda had the ability to completely shut out everything extraneous and focus on the community of sex workers, the author says.

"They sat cross-legged on the floor, facing the community members who were sitting in a small circle. Melinda asked some of them if they would relate their stories. All the tales were sad ones - of rejection, utter poverty, and then somewhere a spark of hope. They were brutally honest and raw."

One of the stories is about an incident that took place during Gates' visit to India in the early 2000s. A woman confided with Bill Gates on how she had hidden the fact that she was a sex worker from her daughter, who was then in high school.

When her classmates found out the truth, they relentlessly teased, harassed and ostracised the girl, who soon went into deep depression.

"One day her mother came home to find her child hanging from the ceiling fan, and a note left behind saying she could not take it anymore. I noticed that Bill, next to me, had his head down and was crying quietly," Alexander recalls in the book, published by Juggernaut.

When Alexander left a high-profile corporate job to head Avahan in 2003, he was plunged into an India far removed from the comfort zones he had lived and worked in all his life.

It was a grinding place where women sold themselves for Rs 50 and 14-year-olds injected drugs. It was the shadow world of transgenders and of young gay men in a country that criminalised same-sex love then.

It was the strange world of truckers, lonely journeymen along forgotten highways. Above all, it was a place where valiant battles for a barely decent life were being fought every day.