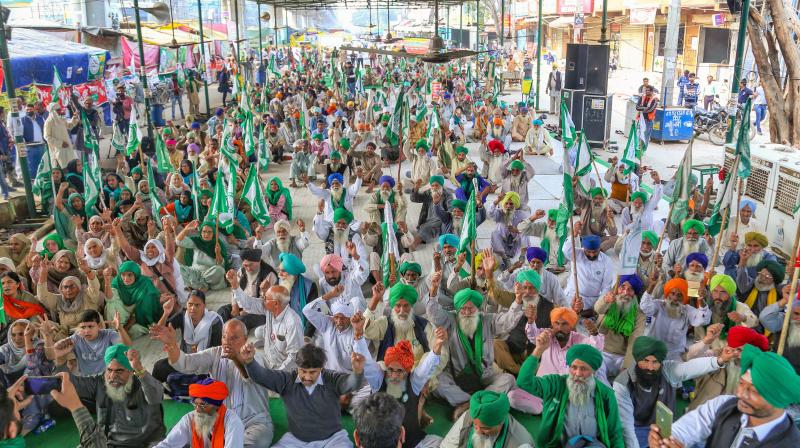 The SKM, an umbrella body of over 40 farmers’ unions, has been spearheading the farmers’ movement against the three contentious agricultural reform laws and their other demands, including a legal guarantee for MSP. (Representational Image. PTI)

New Delhi: The Centre has sought five names from the Samyukt Kisan Morcha (SKM) in order to constitute a committee for discussion on MSP for crops and other related matters, which will be decided by the umbrella body of farmers’ unions at its meeting on December 4, farmer leader Darshan Pal said on Tuesday. This move comes a day after both Houses of Parliament had passed a bill to repeal the three contentious farm laws against which the farmers have been protesting for over a year.

Mr Pal said the Centre has asked for five names from the SKM for the committee which will deliberate on the issue of MSP for crops. “We have not yet decided on the names. But we will decide this at our December 4 meeting.”

The SKM, an umbrella body of over 40 farmers’ unions, has been spearheading the farmers’ movement against the three contentious agricultural reform laws and their other demands, including a legal guarantee for MSP.

Earlier, Prime Minister Narendra Modi had announced that a committee would be formed to take decisions on the subjects of promoting zero budgeting-based agriculture, changing crop patterns as per the changing needs of the country and making MSP more effective and transparent. Mr Modi made the announcement during his address to the nation in which he also stated that the government had decided to repeal the three new farm laws.