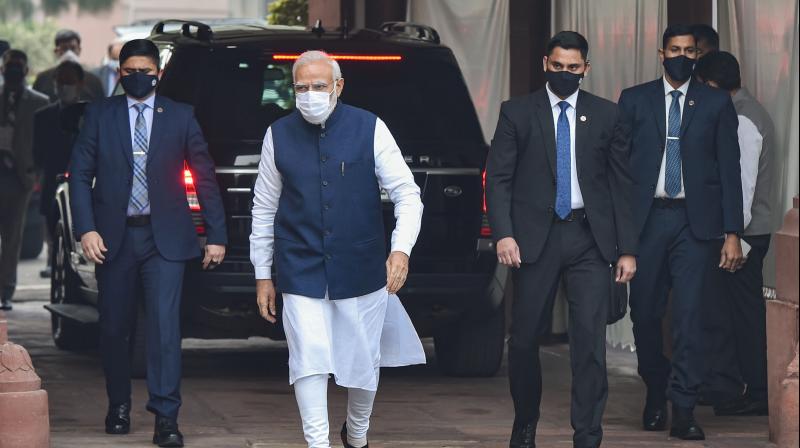 Earlier on Tuesday, PM Modi held a meeting with ministers to discuss the strategy.

The meeting comes at a time when opposition leaders are protesting demanding revocation of suspension of 12 Opposition MPs of Rajya Sabha.

The winter session of the Parliament commenced on Monday. On the first day of the session, both the Houses of Parliament passed the Farm Laws Repeal Bill 2021.

However, the Opposition parties created a ruckus alleging that the government passed the Bill without having a discussion on the floor.

The second day of the session also remained a jerk as the Opposition leaders held protests and walkouts over the suspension of 12 Rajya Sabha MPs.

The winter session is likely to conclude on December 23.