Suhel Seth, our dear 'bon vivant' and agony uncle, didn't let go of this chance to call out Tharoor’s mistake using his wit and sarcasm. 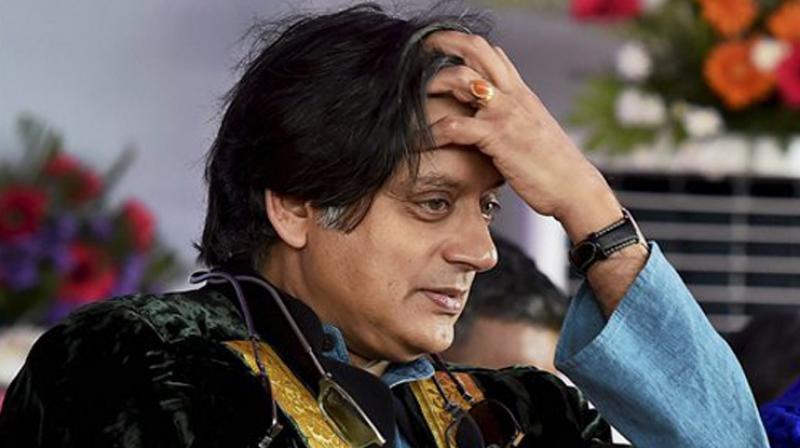 On New Year’s Day, Tharoor expressed his thankfulness to viewers for joining him on Facebook Live; the blunder he made could have been avoided had it not been for that one extra letter. (Photo: PTI)

Mumbai: It is January, not April and nobody is fooling you. Shashi Tharoor’s grammatical mistake on Twitter, on the first day of the year, gave Suhel Seth his ‘claim to blame.’

Tharoor, a Congress MP, is known for his inimitable wit and eloquence. His quips on social media are not only well-timed but also fodder for all wanting to rake up a controversy. Tharoor, the man who has incontestably gifted masses with a refined glossary of English words, made a slight slip in his twitter post on January 1.

On New Year’s Day, Tharoor expressed his thankfulness to viewers for joining him on Facebook Live; the blunder he made could have been avoided had it not been for that one extra letter.

Delighted to have 20,000 live viewers for my #FacebookLive at lunchtime on New Year's Day! Those whom missed it can view it at leisure on https://t.co/z3MGd0mvtg @facebook

While the typo was ignored by most, already impressed with the message of gratitude, a few did notice it at once.

Suhel Seth, our dear own “bon vivant” and agony uncle, did not let go of this opportunity to call out Tharoor’s mistake using his sharpened devices of wit and sarcasm. Seth tweeted, “Happy New Year. And those ‘who’ missed or those ‘of’ whom...”

You‘ve taken the plunge to a different level in the new year 2018 by challenging the English of non other than @ShashiTharoor 😃😂
Wish all a very Happy, Healthy, Successful, Bright & Peaceful New Year 2018 🎊🎉🍻!

While this round is likely to have been won by Suhel Seth, Tharoor is surely coming back loaded. Will he call Seth’s claims “a farrago of distortions” or will he stick to his “not-so-rodomontade” words for a healthy Twitter reply?