The JPC, which met on Monday, rejected all the amendments moved by the members of Opposition parties. 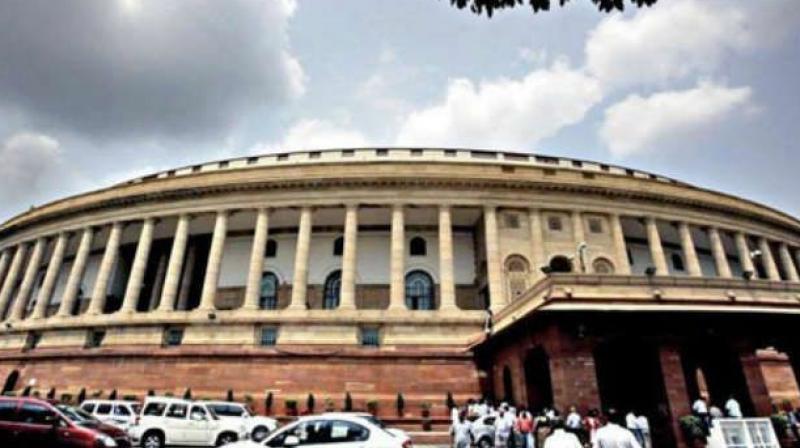 BJP MP Kamakhya Prasad Tasa, who is a member of the JPC, told reporters that the citizenship bill is not for Assam alone but for the entire country. (Representational Image)

Guwahati: Despite the ongoing protest against the citizenship bill in Assam, the Joint Parliamentary Committee (JPC) on the Citizenship (Amendment) Bill, 2016 has decided to submit its report to Parliament on January 7.

The JPC, which met on Monday, rejected all the amendments moved by the members of Opposition parties.

Stating that the JPC would meet on Thursday to finalise the draft report, sources present in the meeting told this newspaper that JPC meeting on Monday saw heated exchanges between some Opposition members and JPC chairman Rajendra Agrawal. The Opposition MPs also recorded their dissent. A few members are expected to submit their written dissent ahead of the January 3 meeting.

BJD MP Bhartruhari Mahtab had moved an amendment proposing that Bangladesh should be kept out of the purview of the bill but it was rejected.

The first dissent occurred when the Opposition MPs rejected the chairman’s suggestion that they should opt for voice vote. The Opposition demanded that voting should be done by raising of hands, which was subsequently accepted.

Sources said the amendments moved by the Opposition MPs were all rejected during voting, barring an amendment moved by Meenakshi Lekhi of the BJP, which was passed by consensus. The BJP MP’s amendment was on technical issues, about certain words and phrases.

In an interesting development, the President’s nominee Swapan Dasgupta withdrew his amendments stating that he has received assurances from the government in this regard. Mr Dasgupta’s amendment proposed removing Assam from the purview of the bill and that the bill was in violation of the Section 6A of the Citizenship Act. The section deals with the cut-off date of 1971 proposed in the Assam Accord and was inserted through an amendment after signing of the Accord.

However, Mr Dasgupta was challenged by the Opposition, who demanded a clarification as to who has assured him in this regard.

The two notifications, which have also been challenged in the Supreme Court now, include the Passport (Entry into India) Amendment Rules, 2015, and The Foreigners (Amendment) Order, 2015.

BJP MP Kamakhya Prasad Tasa, who is a member of the JPC, told reporters that the citizenship bill is not for Assam alone but for the entire country. The vill will have no impact in Assam as some sections have apprehended, he asserted.