The recommendation on Covishield has been forwarded to the Drugs Controller General of India, which is likely to take a final call soon 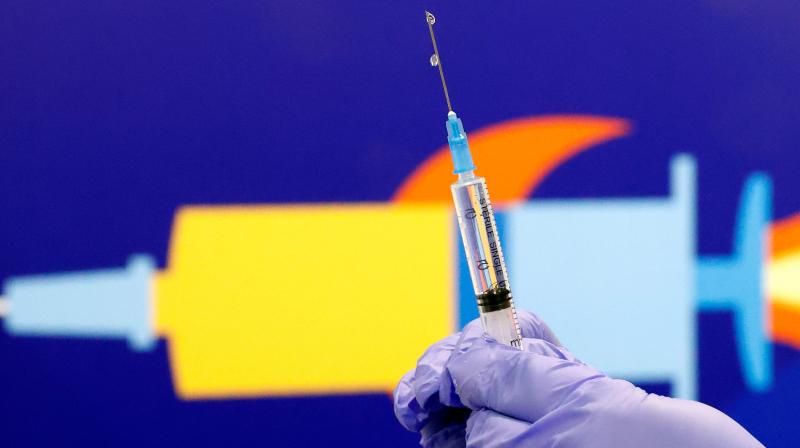 Covishield has been recommended based on the human trial results in the the United Kingdom, the United States of America and India (Representational Image: AFP)

Hyderabad: Covishield, the Oxford-AstraZeneca vaccine, was on Friday recommended for emergency use authorisation (EUA), becoming the first vaccine to reach this stage in the approval process in India. Covishield is manufactured by Serum Institute of India (SII).

The recommendation on Covishield has been forwarded to the Drugs Controller General of India (DCGI), which is likely to take a final call soon.

The subject expert committee (SEC) of the Central Drugs Standard Control Organisation (CDSCO), which recommended Covishield, asked for more data on Covaxin, which is being developed by Bharat Biotec, before it can be recommended for emergency use authorisation.

The EUA has been recommended for Covishield with regulatory provisions including that the vaccine dose is indicative for active immunization in individuals of 18 years or more in preventing the disease. It should be administered intramuscularly in two doses at an interval of four to six weeks.

SII has to submit data of safety, efficacy and immunogenicity from the ongoing clinical trials across the country and world. Along with the safety data, adverse events following immunisation must be submitted with due analysis every 15 days for the first two months.

Covaxin of Bharat Bitoech was not taken up due to lack of data. The firm has been asked to expedite volunteer recruitment for the trials. The firm tested the vaccine on 22,000 volunteers whereas it has to recruit 26,000 volunteers and submit the data to the government. The SEC has asked Bharat Biotech to conduct interim efficacy analysis so that it can be considered for EUA.

According to sources, Covishield has been recommended based on the human trial results in the the United Kingdom, the United States of America and India. The recent decision of the UK Medicines and Healthcare Products Regulatory Agency to grant EUA was also been considered before granting the permission.

Asked about the SEC recommendation, a senior company official of SII told this correspondent, “Till the vaccine is approved clearance is given by the government officially, no announcement is possible. We are waiting for the final government order.”

“Covishield is safe and can be used effectively for prevention of Covid-19 in the targeted population. Thus, the benefit to risk ratio strongly supports the widespread use of Covishield,” the EUA application signed by Prakash Kumar Singh, additional director, government and regulatory affairs, at Serum Institute of India, had stated.

SII had applied to the Drugs Controller General of India (DCGI) for EUA for Covishield on December 6, while Bharat Biotech had sought the nod for its indigenously developed Covaxin on December 7. Pfizer had applied for regulatory approval for its vaccine on December 4 but they have not presented any data to the government so far and asked for more time.