A good Budget with a socialist touch 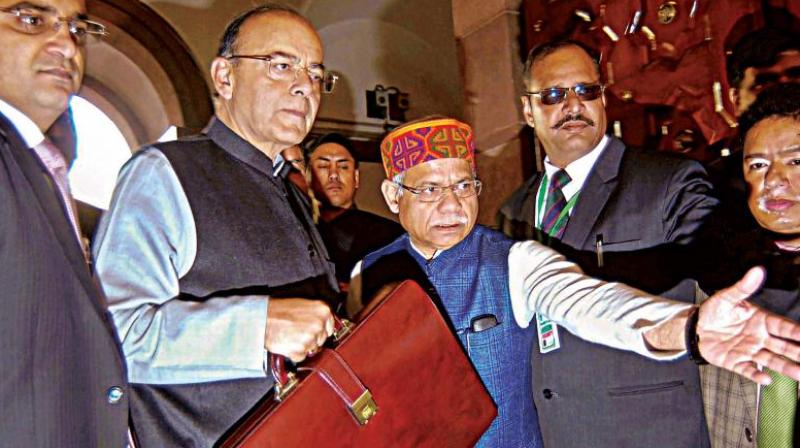 Finance Minister Arun Jaitley, on Thursday, tabled the Union Budget 2018 in the Parliament.

The announcement that 50 crore people will get insurance cover is really a remarkable thing.

When he started his Budget speech, Union finance minister Arun Jaitley said what has been largely expected that the Budget will focus on agriculture and rural economy. He did not disappoint this expectation, with what is largely a “Socialist” Budget.

The finance minister has managed to balance populist demands, the need to support economic growth and Prime Minister Narendra Modi’s focus on fiscal discipline and reforms.

From a real estate perspective, Mr Jaitley said the government will establish a dedicated, affordable housing fund in the National Housing Bank through various funding measures. This is a welcome step.

Mr Jaitley’s mention of reducing hardships faced in realty was “positive”. In his Budget speech, the finance minister mentioned the 5 per cent deferential to be allowed from ready reckoner rate.

This will benefit buyers in the current market scenario, but if deferential goes above 5 per cent, it can get tricky — no real estate developer will be able to reduce price-point beyond 5 per cent.

It was also positive to see suburban railways in Mumbai find a mention in the Budget, with Rs 11,000 crore of outlay. “Improved railway network and accessibility generally have a positive multiplier effect on real estate,” he added.

The finance minister while stating that India needed investments over Rs 50 lakh crore in infrastructure to “increase growth of GDP, connect and integrate the nation with a network of roads, airports, railways, ports and inland waterways and to provide good quality services”, said that the government would be enhancing public investment.

Targets of Swachcch Bharat, rural electricity and LPG connections have been increased substantially, which is a positive approach. The Budget takeaway: Focus on ‘ease of living’ after ‘ease of doing business’.

Creation of a dedicated Affordable Housing Fund will go a long way towards meeting the Prime Minister’s vision of “Housing for All by 2022”, the finance minister mentioning about reducing hardships faced in realty deals “positive”, 5 per cent deferential allowed from ready reckoner rate will benefit buyers in the current market scenario, but if deferential goes above 5 percent, it can get tricky. Overall, a Socialist Budget, focused on rural and agriculture — good for economy, could have been more focused on housing, one that I would rate at 7.