The avalanche struck an Army post of 21 Rajput at 4:30 pm at Sona Pandi Gali in Machil sector along the LoC. 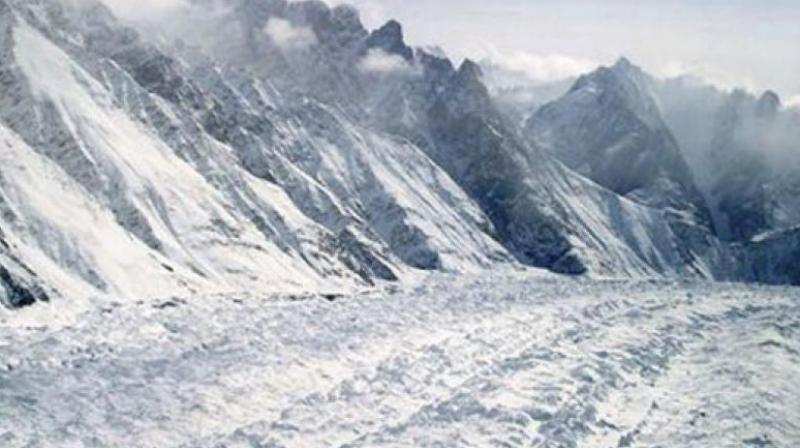 Srinagar: Three Army jawans died and another was injured when swept by an avalanche at Machil sector along the Line of Control (LoC) in Jammu and Kashmir’s Kupwara district on Friday.

The police and Army sources said a forward post of the Army’s 21 Rajput at Sona Pindi Gali in Machil sector was hit by an avalanche at around 4:30 pm. Four soldiers were swept by the avalanche and a rescue operation was quickly started, the sources said.

However, one soldier was found dead beneath moulds of snow by the rescuers whereas two others succumbed while being taken to the Army’s 92-Base Hospital in Srinagar’s Badami Bagh Cantonment, the sources said.

The deceased have been identified as Havaldar Kamlesh Kumar, Naik Balbeer and Sepoy Rajinder.

The condition of the injured soldier Sepoy Bipin is stated to be stable.

The incident occurred two days after the Jammu and Kashmir authorities had on the basis of a report received from the Snow and Avalanche Study Establishment (SASE) issued a medium danger avalanche warning of level-3 for higher reaches of Baramulla district and low danger warning of level-2 in Kupwara, Bandipore, Shopian and Kargil districts of the State.

Also, a low danger warning of level-1 was issued for Poonch, Rajouri, Reasi, Ramban, Doda, Kishtwar, Udhampur, Anantnag, Kulgam, Budgam, Ganderbal and Leh district. The people living in higher reaches of these districts had been asked to avoid movement in the avalanche-prone areas and slopes.

On January 18, a Swedish skier identified by his first name Daniel was killed while another was rescued in injured condition by police and tourism officials after an avalanche struck Kashmir’s primer ski resort of Gulmarg, 54-km west of summer capital Srinagar.

Earlier on January 6, eleven persons including a junior engineer of Border Roads Organization (BRO)’s BEACON project were killed and two others wounded when swept by three successive avalanches in along Sadhna Top mountain pass in Kupwara.

Five soldiers died after being swept in avalanches or caught in snow storms at different locations in Kupwara and neighbouring Bandipore district in second week of December 2017.