The government has a Rashtriya Swastya Bima Yojana which provides a cover of Rs 30,000 per family. 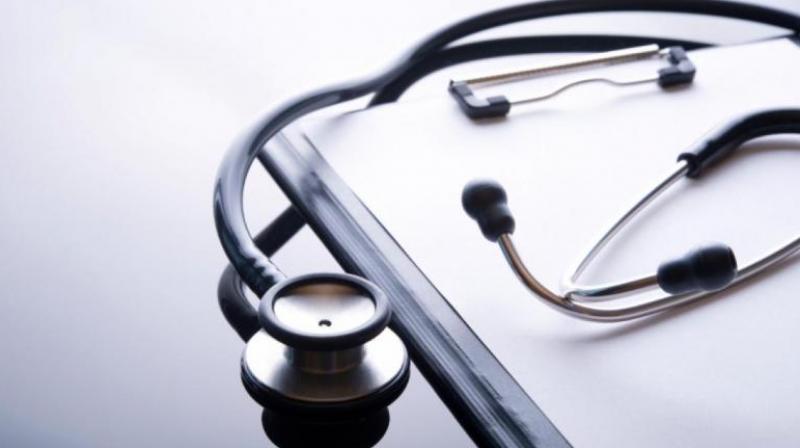 The government has not yet made any specific allocation for the scheme, at the current commercial rate of premium, this could cost the government up to Rs 1.5 lakh crore.

Chennai: “World’s largest government funded health cover’ under the new National Health Protection Scheme was announced in the Budget to provide Rs 5 lakh cover to 10 crore underprivileged families or 50 crore beneficiaries. While the government has not yet made any specific allocation for the scheme, at the current commercial rate of premium, this could cost the government up to Rs 1.5 lakh crore. Experts are still unclear about how government will implement such a scheme without specifying allocation.

“We will launch a flagship National Health Protection Scheme to cover over 10 crore poor and vulnerable families (approximately 50 crore beneficiaries) providing coverage upto 5 lakh rupees per family per year for secondary and tertiary care hospitalisation. This will be the world’s largest government funded health care programme. Adequate funds will be provided for smooth implementation of this programme,’ said the Budget.

At present, the government has a Rashtriya Swastya Bima Yojana (RSBY) which provides a cover of Rs 30,000 per family. While the RSBY has received an increased allocation of Rs 2000 crore in the budget, NHPS has not any.

“If we go by the current commercial rate of 3 per cent premium, for a family of five, the government will have to pay a premium of Rs 15,000. For 10 crore families, this is would cost Rs 1.5 lakh crore,’ an expert said in condition of anonymity. ‘Announcing the scheme at this time looks like it is “politically inspired”, he added. The total Gross Written Premium of general insurance industry was Rs 1.7 lakh crore last year. The entire budgetary allocation for family and healthcare is just Rs 52,800 crore, up just 11.5 per cent from last year’s Rs 47,353 crore.  “I think the government will find some way to fund it. We need to know whether central and state governments will be funding it and whether the private insurers also will be included in the scheme. But, it is definitely a good intention to cater to the masses and overdue for a long time,’ said Antony Jacob, CEO, Apollo Munich Health Insurance. 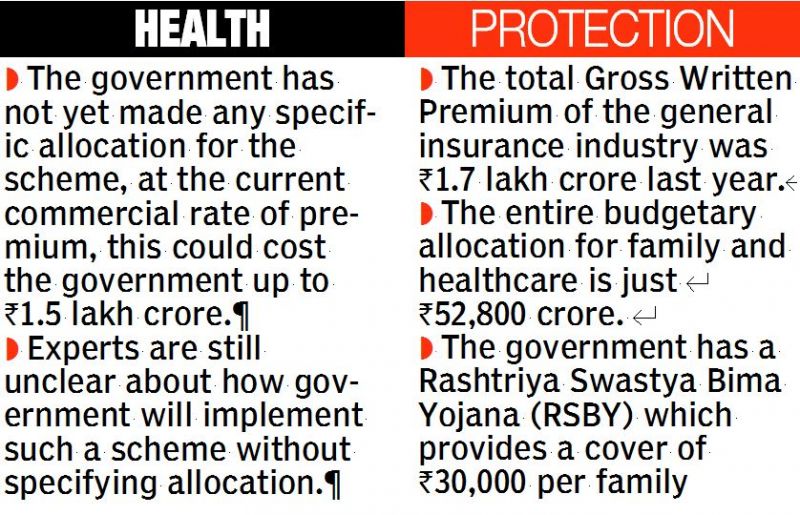 According to Sanjay Pande, executive director, Finsall Networks, government will probably subsume all existing health coverage schemes into NHPS. Initially, it might use the allocation from these schemes. But the government will have to bring additional funds for the scheme.

Industry finds that the government will have to face a few challenges in implementing the scheme.