The Prime Minister had set an ambitious target of doubling the Indian farmers’ income by 2022. 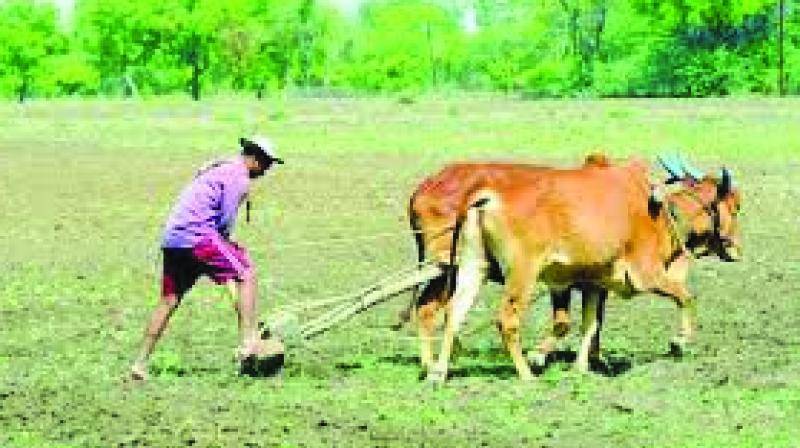 The budget has doubled the allocation for the food processing ministry and is about to roll out Operation Green aimed at boosting farmer-producer organisations, food logistics chains and bringing in professional management in this sector.

The Union Budget does well to bring back the focus on what could be the two largest drivers of India’s economic transformation for the next couple of years – the agriculture and food processing industry and the growth of the MSME sector, that includes large employment generators like textile, footwear and leather industry.

The Prime Minister had set an ambitious target of doubling the Indian farmers’ income by 2022.

The Finance Minister envisages that developing the agricultural sector as an enterprise can be path to achieve this target of doubling farmer’s income. As the budget points out, Indian agricultural sector’s produce is at an all time high. Yet, farmers do not benefit due to low value addition in agri produce.

In order to address this gap, the minister has taken a leaf out of the diary sector, which is among the few sectors that has historically seen much higher value addition.

The budget has doubled the allocation for the food processing ministry and is about to roll out Operation Green aimed at boosting farmer-producer organisations, food logistics chains and bringing in professional management in this sector.

In addition, the government is also investing in strengthening the infrastructure and connectivity of agri markets.

For the past couple of years at Future Group, we have focused on offering a wider selection of value-added food products and on building a presence across the food value chain. Our experience has shown that not only is there a huge demand for such products in urban India, but this focus on value addition can bring in significant increase in farmer’s income.

The steps announced in the budget will help attract larger corporate investments in the sector and make it more attractive for players like us to establish stronger linkages between the farmers of rural India and consumers of urban India. India is home to almost every climatic zones the world has, and therefore has the ability to produce almost every food produce. Investments in processing this produce will go a long way in helping more than half of the country’s population earn more for the hardwork they put in their fields.

As the clothiers to the nation, we are closely involved with the textile and footwear sector in the country and empathise with the challenges small and medium businesses face in this sector. The government’s focus on easing the labour norms and the budgetary support towards the textile and footwear industry will help the sector immensely. Most of the players in this segment are MSMEs and the linking of Trade discounting system (TReDS) with the GST network, the MUDRA scheme and increasing financing options for them will bring in more ease in conducting their business. The textile, footwear and leather industries are among the largest employing sectors in India and will benefit from this budget.

With the twin focus on farmers and the MSME sector, the government is confident of bringing back an overall growth trajectory of 8%.