The Prime Minister said that benefits mentioned in the budget must reach to the people and the sector they are aimed for. 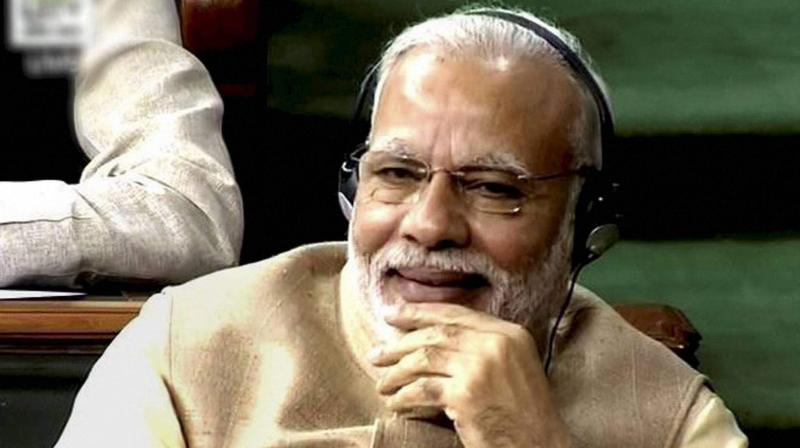 New Delhi: Terming the Union budget 2018-19 as “development-friendly,” Prime Minister Narendra Modi on Thursday said the document will strengthen the vision of a ‘New India.’ Congratulating finance minister Arun Jaitley and his team, Mr Modi said farmers, Dalits and tribal communities will gain from the budget. The Prime Minister said the budget will create new opportunities for rural India.

This is Modi government’s last full budget before the general elections. Mr Modi, who later addressed the BJP parliamentary party, asked the MPs to make sure that the benefits for women, senior citizens among others and the provisions for the various sectors, including the farmers and the MSME, mentioned in the budget should be highlighted in their respective constituencies. The Prime Minister said that benefits mentioned in the budget must reach to the people and the sector they are aimed for.

Echoing the Prime Minister’s views, BJP president Amit Shah said the Union Budget gives new wings to aspirations of the poor as he cited measures aimed at giving a boost to farmers, infrastructure, rural sector and small and medium enterprises.

Mr Modi, who posted a video message and also tweeted on the budget, discussed various schemes of his government and said the budget with strengthen the hope and aspitrations of people. The Prime Minister emphasised that the budget has given attention to all sectors - ranging from agriculture to infrastructure and is “farmer friendly, common citizen friendly, business environment friendly, agriculture friendly” and will add to “ease of living and ease of doing business.” The government will soon announce concrete steps to address non-performing assets (NPA) and ‘stress account’ issues for the micro, small and medium enterprises (MSME) sector, Mr Modi said. In his video message, Mr Modi also gave details of the various initiatives taken for the women and the farming community and the financial assistance provided to them.

Mr Modi also highlighted the ‘Ayushman Bharat Yojana,’ which he said is a “path breaking initiative” to provide quality and affordable healthcare. He said the scheme will benefit approximately 50 crore Indians and the “scale of this scheme is unparalleled and it will bring a paradigm shift in our health sector.”

The Prime Minister tweeted “caring for the elderly is integral to our ethos” and the budget includes decisions that are for the welfare of senior citizens.

He also highlighted the initiatives for the MSME sector and tweeted “MSMEs are the backbone of our economy. Our endeavour to give a boost to MSME sector is clearly reflected” in the budget.