The CBI had said that a loss of Rs 1500 cr was allegedly caused to the land owners of Gurgaon's Manesar, Naurangpur and Lakhnoula villages. 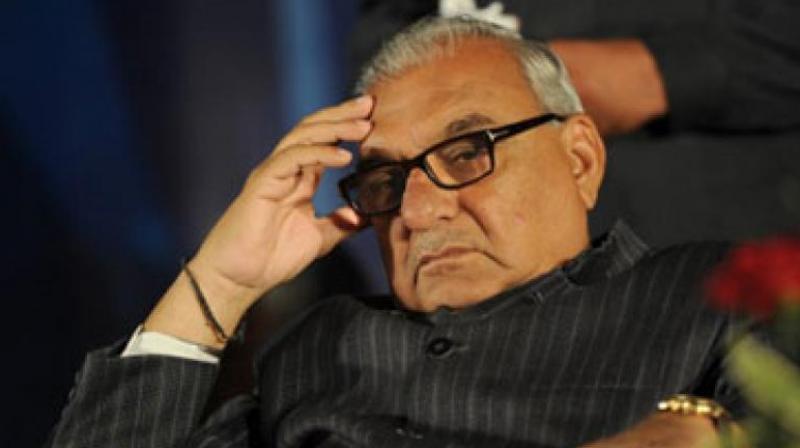 CBI filed the chargesheet under IPC sections related to criminal conspiracy and cheating, and relevant provisions of the Prevention of Corruption Act. (Photo: PTI)

New Delhi: The CBI has filed a chargesheet against former Haryana chief minister Bhupinder Singh Hooda and 33 others in the Manesar land deal case, officials said in Delhi on Friday.

The agency has filed the chargesheet under IPC sections related to criminal conspiracy and cheating, and relevant provisions of the Prevention of Corruption Act, they said.

Former UPSC member Chattar Singh, who was a senior officer in the Haryana government at that time, has also been named in the charge sheet as an accused, they said.

The CBI has alleged in its FIR that land measuring about 400 acres, whose market value at that time was above Rs 4 crore per acre, was allegedly purchased by private builders and others from innocent land owners for only about Rs 100 crore in collusion with government officers.

The CBI had said that a loss of Rs 1500 crore was allegedly caused to the land owners of Manesar, Naurangpur and Lakhnoula villages of Gurgaon.

The agency registered the case in September 2015 on allegations that private builders, in conspiracy with public servants of the Haryana government, had purchased the land at meagre rates showing the threat of acquisition by the government, during the period between August 27, 2004 and August 24, 2007.

In this process, the Haryana government had initially issued a notification under the Land Acquisition Act for acquisition of land measuring about 912 acres for setting up of an industrial model township, it had said.

After the land had allegedly been grabbed from their owners by private builders under the threat of acquisition at meagre rates, the government issued a fresh notification in 2007 and put the land out of the acquisition process, the agency had said.