Businesses with turnover up to Rs 1.5 crore have to pay only one per cent flat rate and have to file only one annual return. 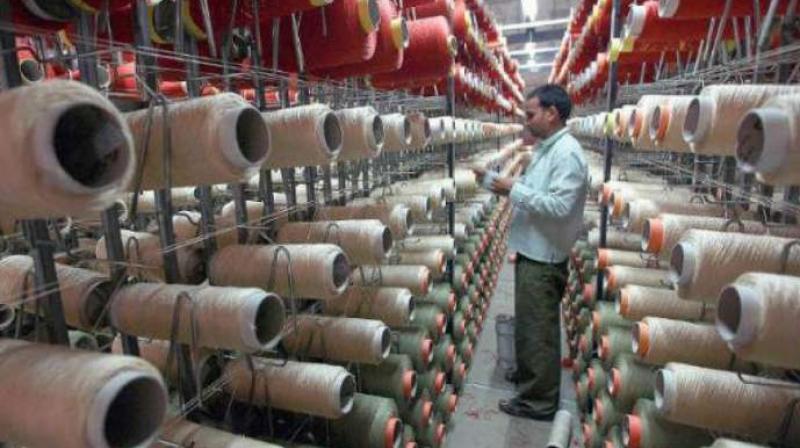 Now the government has extended the GeM platform to all central public sector units.

Chennai: Though the Centre continued to dole out incentives for the MSMEs in the budget, there seems to be a gap between what the government has been offering and what MSMEs have been receiving.

Among the announcements made for the sector, GST-registered SME units will get two per cent interest rebate on incremental loan of Rs 1 crore. The requirement of sourcing from SMEs by government enterprises has been increased to 25 per cent. Of this, the material to the extent of at least 3 per cent will be sourced from women-owned SMEs.

“In government projects, the decision to source 25 per cent material from SMEs, 3 per cent from only women-owned SMEs is a case of lead by example and would usher more opportunities to the doorsteps of SMEs,” said Sunil Gupta, founder, ExportersIndia.com.

Further, exemptions from GST for small businesses have been doubled from Rs 20 lakh to Rs 40 lakh.

Businesses with turnover up to Rs 1.5 crore have to pay only one per cent flat rate and have to file only one annual return.

Similarly, small service providers with turnover up to Rs 50 lakhs can pay GST at 6 per cent instead of 18 per cent. Soon, businesses comprising over 90 per cent of GST payers will be allowed to file quarterly return.

The Customs department is also introducing full and comprehensive digitalisation of export/import transactions and leveraging RFID technology to improve export logistics. This will benefit all the exporters and importers, including SMEs.

However, the SMEs were not in agreement with some of the claims made by the government.

According to the finance minster, the Government e-Marketplace (GeM), created two years ago, has transformed public procurement by making it fully transparent, inclusive and efficient. MSMEs have an opportunity to sell their products through GeM and transactions of over Rs 17,500 crore have taken place, resulting in average savings of 25-28 per cent. Now the government has extended the GeM platform to all central public sector units.

Further, the minister claimed that a recently launched scheme of sanctioning loans up to Rs 1 crore in 59 minutes has been very helpful for the sector. “The 59 minutes announced by the government is for the in-principle approval of the loan. But one has to produce more than 10 documents for this in-principle approval. After the approval, a bank will have to sanction the loan. The entire process will take more than two weeks,” said Mr Gupta.