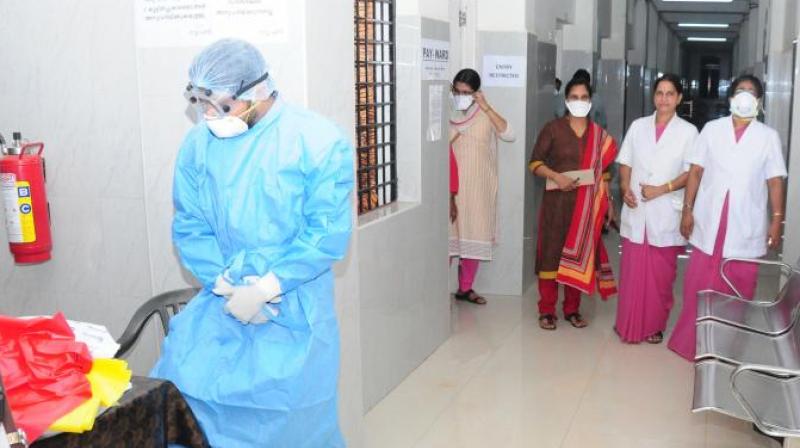 Two days after the first case of dreaded novel coronavirus case was confirmed in the state, one more person has tested positive for the killer virus in Kerala. A Wuhan university student who returned from China on January 24 has tested positive, according to Union health ministry. The patient is admitted in the isolation ward at the government medical college, Alappuzha.

The patient's condition is stable and is being closely monitored at the isolation ward of the hospital, according to the ministry.

Meanwhile, health minister K.K Shylaja said that the test result from National Institute of Virology is yet to be received.

A total of 1,793 persons have been quarantined in the state, of whom 70 are in isolation wards of various hospitals, K.K. Shylaja told media persons in Kollam. The minister convened an emergency meeting and instructed officials to step up safety measures and facilities at Alappuzha medical college.

Meanwhile, the minister urged those with recent travel history to China and other virus infected countries to seek immediate medical advice. "Though most of the people are voluntarily approaching health authorities, a few others are hesitant. The virus with two to seven per cent of mortality rate can be fatal for pregnant women and persons with other health complications. Hence, everyone with recent travel history to the Asian country should comply with the home quarantine guidelines until the incubation period is over," the minister added.