Community members will submit a memorandum on the quota issue to the President and the Prime Minister and take out a march to Parliament. 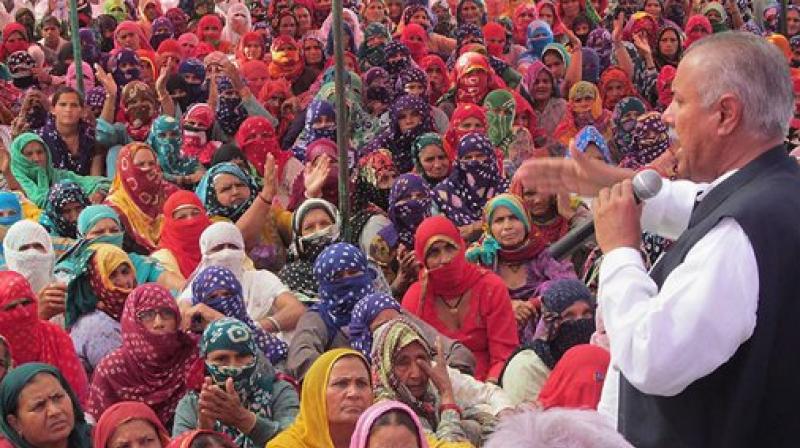 New Delhi: The Jat agitation for quota in jobs and education reached Delhi on Thursday, with thousands of community members from the northern states descending at Jantar Mantar here to extend support to the movement in Haryana.

Roads leading to the protest hub were packed with Jat agitators from Uttar Pradesh, Haryana, Uttarakhand, Delhi and Punjab, giving a tough time to motorists and commuters.

Police and traffic personnel were deployed at major roundabouts and roads for managing the protesters reaching the venue.

The community members will submit a memorandum on the quota issue to the President and the Prime Minister and take out a march to Parliament, he said.

Besides seeking quota in education and government jobs under the Other Backward Classes (OBC) category, Jats are demanding the release of those jailed during last year's stir, withdrawal of cases slapped during the protest and government jobs for the kin of those killed and injured while taking part in the agitation.

As many as 30 people were killed and property worth crores was damaged at many places in Haryana during last year's violent Jat stir.