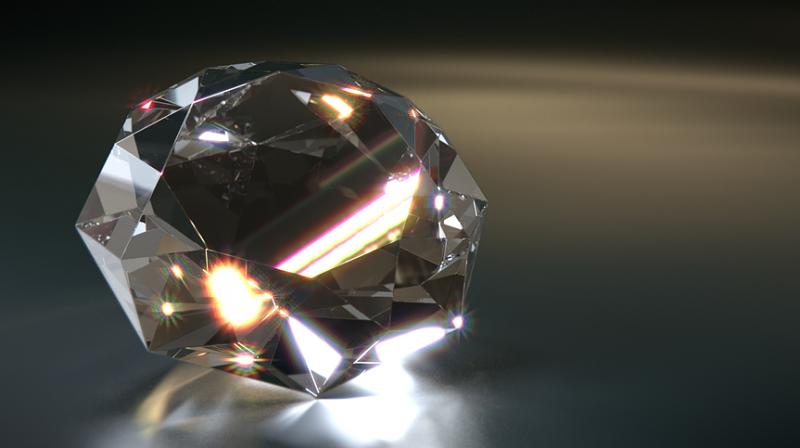 Nirav Modi, who runs eponymously branded high-end jewellery stores that stretch from New York to Hong Kong, and Choksi, who heads Gitanjali Gems and operates stores under banners including Gili, Nakshatra and Asmi, both belong to the Jain community from the western state of Gujarat. (Representational Image)

Surat/ Bengaluru: Some diamond merchants in India’s biggest centre for trading the precious gemstones say they had stopped dealing with Nirav Modi and his uncle Mehul Choksi - two big-name jewellers accused of massive bank fraud - because they were often slow to pay dues.

The Indian financial sector was stunned when Punjab National Bank (PNB) said in mid-February it was the victim of a USD 1.77 billion fraud - a figure that has since risen to nearly USD 2 billion. The second-largest state bank blamed Nirav Modi and Choksi, accusing them of conspiring with bank employees to obtain fraudulent credit overseas. Both deny any involvement.

Nirav Modi, who runs eponymously branded high-end jewellery stores that stretch from New York to Hong Kong, and Choksi, who heads Gitanjali Gems and operates stores under banners including Gili, Nakshatra and Asmi, both belong to the Jain community from the western state of Gujarat.

The Jain and Patel communities dominate the diamond cutting and polishing business centred on the Gujarati city of Surat. Traders there who spoke to Reuters said the two jewellers had acquired a reputation for not following the industry’s unwritten code of business ethics.

“Nirav Modi and Gitanjali’s business model wasn’t convincing to us,” says Seventilal Shah, chairman of Venus Jewel, who said he had stopped dealing with either business some years ago.

“If they take goods on two months credit, and there is one month’s delay it is fine. But if it is regular episodes of delays, then there is something wrong. That was the case with these guys.”

Representatives for both Nirav Modi and Choksi did not respond to multiple requests for comment. Indian authorities say both men left the country in early January and their whereabouts are unknown.

In the tight-knit Jain and Patel gem trading fraternities, where many struggle to get bank credit, most business is done informally, with cash lent and goods advanced without collateral or paperwork.

“Mehul didn’t understand the importance of trust,” said one Surat-based diamond exporter, who has been in the business for nearly five decades and asked not to be named.

“Once we sold him polished diamonds and we had to chase him for payment almost every month for six months. Every time he used to give some excuse, then we decided to stop doing business with him altogether.”

Eight traders in Surat, where roughly 80 per cent of the world’s diamonds are cut and polished, complained of similar issues in their dealings with both Nirav Modi and Choksi.

“That’s why many merchants stopped dealing with Gitanjali or Modi’s company long back,” said Dinesh Navadiya, former president of Surat Diamond Association, who runs a small diamond business in the city.

Gitanjali, in a stock exchange filing, has denied any involvement in the alleged fraud. Choksi, in an open letter to employees on February 23, protested his innocence but advised them to look for other jobs, as his assets had been seized and he was unable to pay their salaries.

In a letter to Punjab National Bank (PNB), which says it discovered the alleged fraud at one of its Mumbai branches, Nirav Modi disputed the bank’s allegations, arguing the sums he owes PNB are far smaller than those outlined by the bank. Nirav Modi’s lawyer has also denied the allegations.

Both men have had minor brushes with authorities in the past.

In 2015, Nirav Modi was fined 480 million rupees for exporting and importing the same diamonds through Surat’s Special Economic Zone to inflate export numbers, an official with the Directorate of Revenue Intelligence said.

In July 2013 the Indian markets regulator, the Securities and Exchange Board of India (SEBI), barred Choksi from trading for six months for manipulating Gitanjali’s share price.

Neither case drew much attention at the time and both men continued to expand their businesses, tapping Bollywood stars to promote their brands.

Choksi’s Gitanjali adopted a franchise model to open new retail stores, but two franchisees who spoke to Reuters said it failed to deliver on promises made.

But he alleges Gitanjali charged him inflated prices for old or inferior stock he could not sell for a profit, and he closed the store in 2014.

Choksi and officials of Gitanjali Gems were not reachable for comment.

In 2016, Prasad and six other franchisees jointly wrote a letter to Prime Minister Narendra Modi’s office accusing Choksi of fraud.

The Prime Minister’s Office (PMO) forwarded his complaint to the Registrar of Companies, which closed the case, said Prasad, who showed Reuters copies of the correspondence.

The PMO and the Registrar of Companies did not respond to requests for comment.

“I had to believe him (Choksi) as he was managing director and chairman of such a big group, which is publicly-listed and has a brand image,” said Prasad.

“If you go to do business with such types of people, you will believe them,” he added.