The Centre, on February 13, cleared a proposal to produce 7.47 lakh Kalashnikov assault rifles at a plant to be set up in Amethi. 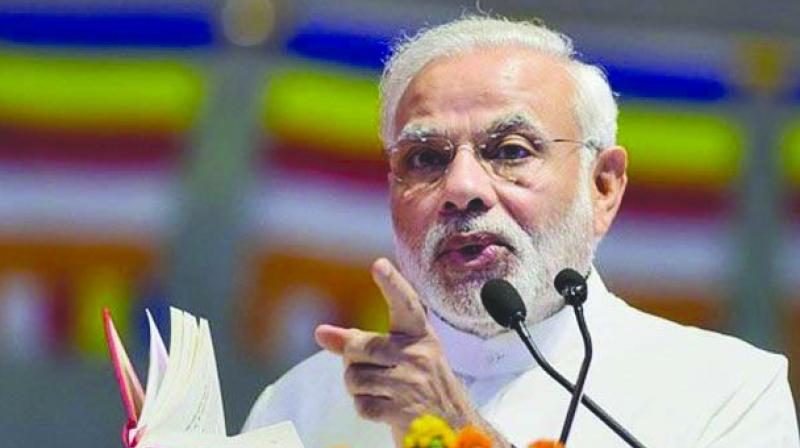 Amethi: Prime Minister Narendra Modi will dedicate to India a factory which will manufacture the latest series of AK assault rifles in Rahul Gandhi's constituency Amethi on Sunday.

The Centre, on February 13, cleared a proposal to produce 7.47 lakh Kalashnikov assault rifles at a plant to be set up in Amethi commissioned by the Ordinance Factory Board and a Russian firm.

At Kauhar in Amethi, the Prime Minister will dedicate the Indo-Russia Rifles Pvt Limited to the nation - a joint venture between India’s Ordinance factory and a Russian firm on Sunday.

The firm, which is in line with the Make in India mission of the Centre, will bolster the armed forces in the country and will strengthen the national security. The factory will also generate employment opportunities in Amethi and nearby areas and give a tremendous boost to the UP Defence Corridor project.

In Amethi, the Prime Minister will also unveil several development projects relating to power generation, education, health, and manufacturing sectors. These projects will be of direct benefit to Amethi region as well as Uttar Pradesh on the whole.

Prime Minister Modi is also scheduled to address a public gathering at Kauhar.
This will be the Prime Minister's first visit to Amethi after assuming office in 2014.