Asked on the relocation of shops, government sources said that the liquor outlets will be relocated without violating the court directive. 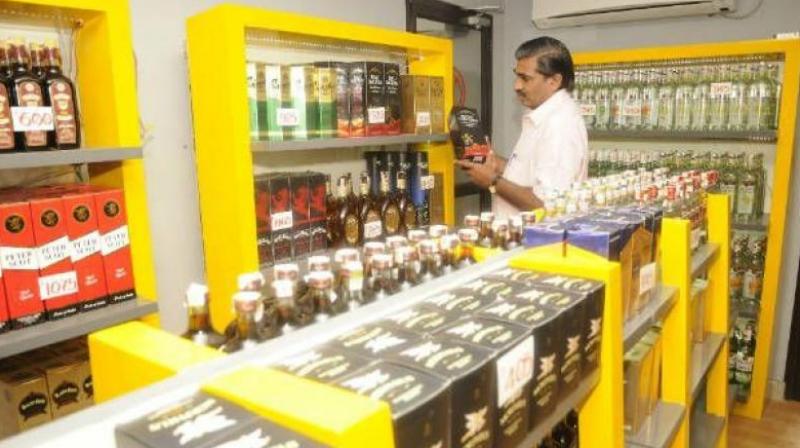 Chennai: The ban on liquor shops abutting national and state highways has hit Tamil Nadu in a big way with closure of 3,320 outlets, more than half of the total shops run by state-owned sole retailer TASMAC.

Complying with the Supreme Court order, as many as 3,320 TASMAC outlets have been closed across the state with immediate affect, top government sources said on Sunday.

Opposition parties, including DMK and PMK, have welcomed the Supreme Court judgement banning liquor vends within 500 metres of national and state highways from April 1.

DMK Working President M K Stalin said the shops that were being shut should not be relocated in the same vicinity, adding employees, however, should not be affected.

PMK chief S Ramadoss, whose party approached the Supreme Court on the issue, claimed the state government was trying to relocate the liquor outlets that were being shut in residential areas and it was "strongly condemnable."

Asked on the relocation of shops, government sources said that the liquor outlets will be relocated without contravening the court directive.

Shutting down liquor shops and bringing total prohibition was being "pursued and done in phases" and already 1,000 shops had been closed in line with the government's policy as announced by late chief minister Jayalalithaa, they said.