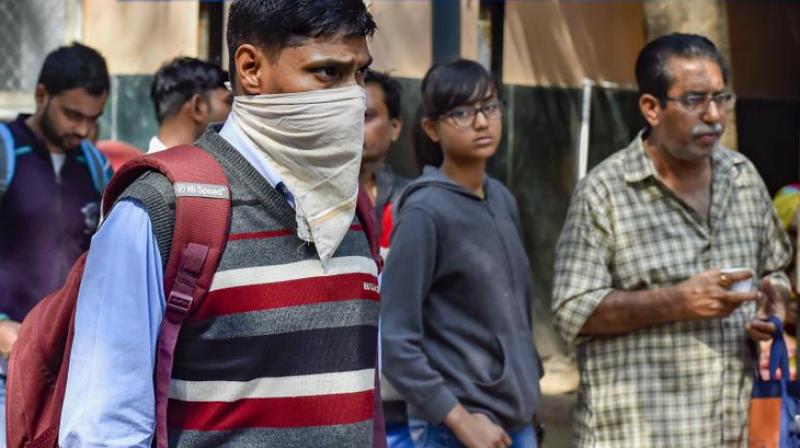 A man uses a handkerchief to cover his face in the wake of novel coronavirus or COVID-19 outbreak at a hospital. (Photo- PTI)

Mumbai: Six coronavirus patients died in Maharashtra on Wednesday, five of them in Mumbai, taking the death toll to 16, health officials said.

Three men and as many women, all confirmed coronavirus patients, died during the day, he said.

"One of them died at the civic-run Nair Hospital while two succumbed at private hospitals in the city," the official said.

A 50-year-old man died in adjoining Palghar district, officials said. It was the first death reported from Palghar, a predominantly tribal district.

The number of coronavirus cases in Maharashtra increased by 33 to 335 on Wednesday, a health official said.

Thirty of these cases were found in Mumbai alone, two in Pune and one in Buldhana, he said.

The state has recorded 335 coronavirus cases so far.

Health Minister Rajesh Tope had said earlier in the day that the number of cases would increase further because there were around 5,000 persons in "high-risk" category.

Relatives or close friends of these people had tested positive for COVID-19 (making it likely that they might have caught the infection too), he said.