The aim is to motivate the tribal youth to opt for the right paths, ones that lead to development and a bright future. 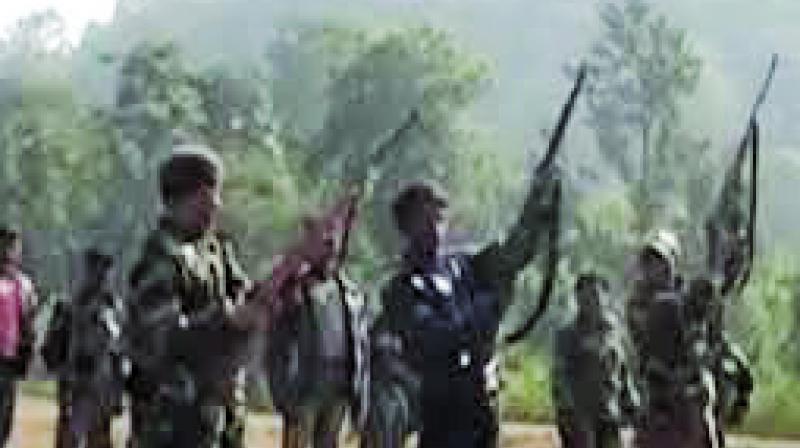 To fight fire with fire, the Bastar Police will promote their own motivational songs in the jungles of Abujhmad and the red corridor of Bastar. (Representational Image)

Bastar: In a unique initiative to counter Naxalism in the insurgency hit-Bastar, Police have launched several songs for residing tribals, especially in the local language, with the aim of motivating the tribal youth to opt for the right paths, ones that lead to development and a bright future.

In accordance with a popular recruiting method for the Naxals since the 1990s, cultural troupes, like the 'Chetna Natya Mandali', enter villages and perform anti-government acts, songs and short plays to influence innocent villagers' and recruit them in their forces.

To fight fire with fire, the Bastar Police will promote their own motivational songs in the jungles of Abujhmad and the red corridor of Bastar.

"Naxals have stopped coming here after the police established their camp. We haven't seen such positive environment earlier. School children dance on the songs and the youth set it as caller tunes on their mobile phones. We are thankful to the police," said Ajit, a local of Kondagaon, Chhatisgarh.

"Music in the local language is the best way to communicate with the tribals under the civic action programme. We are also working on acts and plays," said the Additional Superintendent of Police of Kondagaon, Maheshwar Nag.

SP Abhishek Pallav also shared his views on the programme, saying, "We are getting good responses as these songs are very effective. These songs are in Chhattisgarhi and Halbi language, which directly connects with the villagers. Slowly, these songs will spread across Bastar and new songs in Gondi will also launch."