India   All India  02 May 2018  Gangster Chhota Rajan gets life imprisonment for 2011 journo murder
India, All India 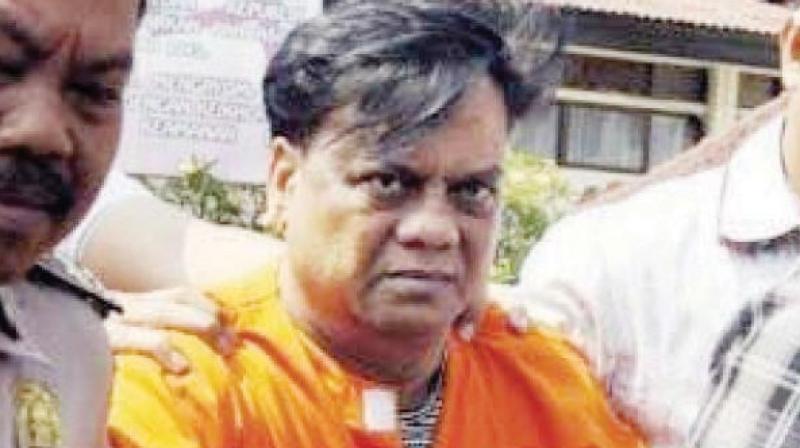 Gangster Chhota Rajan has been sentenced for life imprisonment for the murder of journalist Jyotirmoy Dey in 2011 in suburban Mumbai. (Photo: File)

Journalist Jyotirmoy Dey, 56, was shot dead in broad daylight on June 11, 2011, when he was on his way home in Powai. He was working as a crime reporter with the Midday Eveninger.

The Maharashtra Control of Organised Crime Act (MCOCA) court sentenced Chhota Rajan and eight others to life imprisonment in J Dey murder case. The court has also imposed fine of Rs 26 lakh on each of them.

Earlier on Wednesday, the MCOCA court convicted gangster Chhota Rajan in the case. However, the court acquitted former journalist Jigna Vora and another accused, Joseph Paulsen.

According to the prosecution, Dey was shot on the orders of gangster Chhota Rajan, who was allegedly instigated by another journalist, Jigna Vora, who worked with a different newspaper at the time. The court tried 11 people in the case.

Investigators said Chhota Rajan was irked by his portrayal as a smalltime crook in a book Dey was planning to write and therefore, he ordered the killing. The book, titled "Chindi -- Rags to Riches" was meant to be a compilation of the stories of 20 gangsters, who had humble origins.

The CBI took over the investigation after Rajan was arrested in 2015. The agency said Rajan tried several times between January and March 2011 to stop Dey from writing stories or books about him.

Chhota Rajan was made an accused in the case following his deportation from Indonesia's Bali in November 2015.

The gangster is currently lodged in Delhi's Tihar Jail.