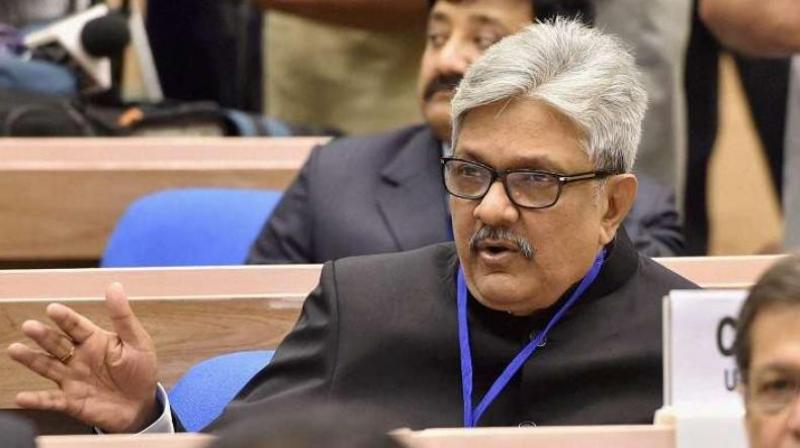 Justice KM Joseph was not considered to be elevated as a Supreme Court judge by the Centre which said the proposal was not in accordance with the top court's parameters. (Photo: File)

New Delhi: A crucial meeting of the Supreme Court Collegium will be held this evening to discuss the Centre rejecting the elevation of Uttarakhand High Court Justice KM Joseph to the apex court.

The five-member collegium, comprising Chief Justice Dipak Misra and justices J Chelameswar, Ranjan Gogoi, Madan B Lokur and Kurian Joseph, is said to discuss threadbare the note sent to the CJI by law minister Ravi Shankar Prasad while returning the file relating to the recommendation to elevate Justice Joseph as an apex court judge.

Justice Joseph's name was recommended along with the senior advocate Indu Malhotra on January 10 for their elevation as top court judges. However, the government had on April 26 accepted Malhotra's elevation but declined Josephé name and asked the collegium to reconsider its recommendation.

Malhotra was sworn in as the judge of the apex court on April 27.

Justice KM Joseph, who had headed the bench that had quashed the Narendra Modi government's decision to impose President's rule in the Congress-ruled hill state in 2016, was not considered to be elevated as a Supreme Court judge by the Centre which said the proposal was not in accordance with the top court's parameters and there was adequate representation of Kerala in the higher judiciary from where he hails. His seniority was also questioned by the Centre which said "he stands at Sl. No.45 in the combined seniority of High Court Judges on all-India basis."

The members of the collegium including Justices Chelameswar, Gogoi, Lokur and Kurian Joseph had expressed concern over the delay in clearing the name of the Uttarakhand Chief Justice as the apex court judge.

Notwithstanding the letters written by the collegium members to the CJI, which had come into the public domain, the centre disregarded the recommendation about Justice Joseph.