India   All India  02 May 2018  UP: BJP minister MLA flak after bringing own food, water to Dalit household
India, All India

UP: BJP minister MLA flak after bringing own food, water to Dalit household

Suresh Rana, the minister in the Yogi Adityanath cabinet rejected the allegation saying the food was prepared in the village. 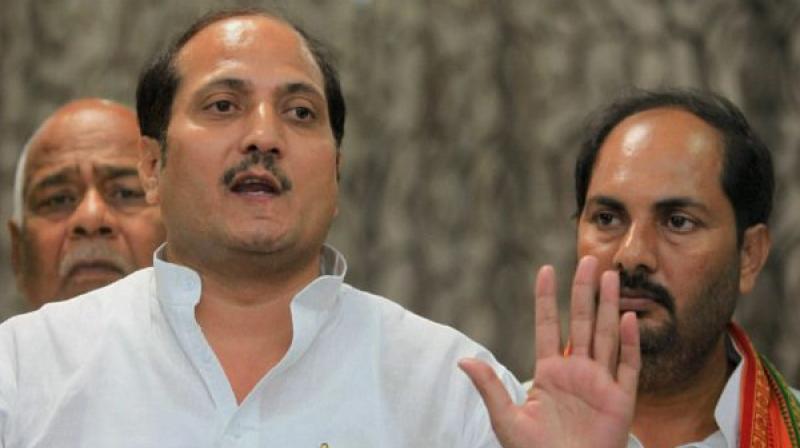 The BJP leader's clarification came against the backdrop of reports that he and his aides had gone to the house of the Dalit family to dine with them. (Photo: File)

Aligarh: A minister in the Uttar Pradesh government has triggered a controversy after he reportedly brought with him his own food and water at a dinner hosted at a Dalit household at Aligarh in Uttar Pradesh.

Suresh Rana, the minister in the Yogi Adityanath cabinet, however, rejected the allegation on Wednesday, saying, "The food was prepared in the village, by the villagers themselves."

The BJP leader's clarification came against the backdrop of reports that he and his aides had gone to the house of the Dalit family to dine with them on Monday night, but ordered food, mineral water and cutlery from outside as the family was not aware of the minister's visit.

Pictures of the well laid out dining table with an assortment of dishes and cutlery went viral on the social media.

Asked to comment on the house owner's claim that he was unaware of the dinner he was supposed to host and that he was woken up from his sleep at around 11 pm to entertain the guests, Rana said, "This is a piece of information you are giving me. The entire family was sitting with me during the dinner. I saw a news clip that claimed that food was brought from outside or some hotel. The food was prepared in that village itself by the villagers."

When reporters confronted him by claiming that the food was served by a caterer and it did not look like it was cooked at a poor Dalit house, the minister said, "I am reiterating that the food was prepared at the house of a Dalit. The village head is a Dalit, the local MLA is a Dalit, the programme was organised by them and there was a community feast. An issue is being made out of this as some people have problems with Prime Minister Narendra Modi and Chief Minister Yogi Adityanath."

Claiming that those who did politics from their "plush drawing rooms, five-star hotels and AC rooms" had problems with the BJP reaching the "gaaon, gareeb and Dalits (the villages, the poor and the Dalits)", Rana said, "I will invite them to spend a night in Lohagarh village and only then will they realise."

In 2017, soon after the BJP took charge in Uttar Pradesh, Chief Minister Adityanath's visit to a soldier's house had triggered a controversy after it was reported that an air-conditioner was installed and a carpet, a saffron sofa and saffron towels were sent to the house before his arrival.

Later, members of the Musahar community, who are among the poorest in the state, had alleged that they were given soaps and shampoo by the local administration, ahead of a visit by the chief minister.