India   All India  02 May 2020  No relaxation in Maharashtra red zones: Uddhav Thackeray
India, All India

Efforts are being made to phase out restrictions in the orange zone and green zone, he said. 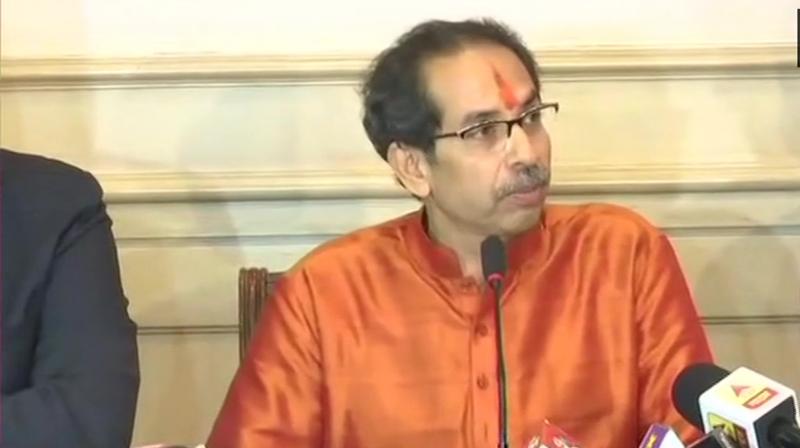 Mumbai: The Maharashtra government on Friday announced that lockdown in the (Covid-19) red zones like Mumbai, Pune region, Nagpur and Aurangabad, where the number of positive cases is on the rise will not be lifted even after May 3.

In addition to this, even the migrant workers, who are stuck in the containment zones of these cities will not be allowed to move to their respective states. According to the list of Union health Ministry, there are 14 districts in red zones in Maharashtra.

Maharashtra transport minister Anil Parab said that the government has given the facility to the migrant workers (stuck in green and orange zones) to go to their respective states.

Parab said, “The workers will have to make a group of 1,000 people and prepare a list mentioning each travellers name, village, district and the state (destination address) and mobile number along with their Aadhar card number. In addition to this, the migrants will also have to provide a doctor’s certificate stating that he/she does not have any symptoms”. The list needs to be submitted to the local police station.

The transport minister said that the list will be sent to the concerned states and once the respective states send an NOC (no objection certificate) to Maharashtra, the government will make arrangements for their travel.

“We are planning to start special trains for the same. As per the requirement, the trains will be arranged,” he added. The government is also mulling to start buses for them. The red zone districts include Mumbai, Pune, Thane, Nashik, Palghar, Nagpur, Solapur, Yavatmal, Aurangabad, Satara, Dhule, Akola, Jalgaon, Mumbai suburban.

Maharashtra chief minister Uddhav Thackeray on Friday said that the coronavirus-induced lockdown restrictions will be lifted in the state in a zone-wise manner after May 3 and the rules will be relaxed cautiously. In a live webcast, he said the relaxation of rules will not be carried out in haste. The chief minister added that efforts are being made to phase out restrictions in the orange zone and green zone excluding infected areas in the orange zone.