The SC provided relief to several liquor manufacturers of Bihar by extending the time limit for disposing old stocks from May 31 to July 31. 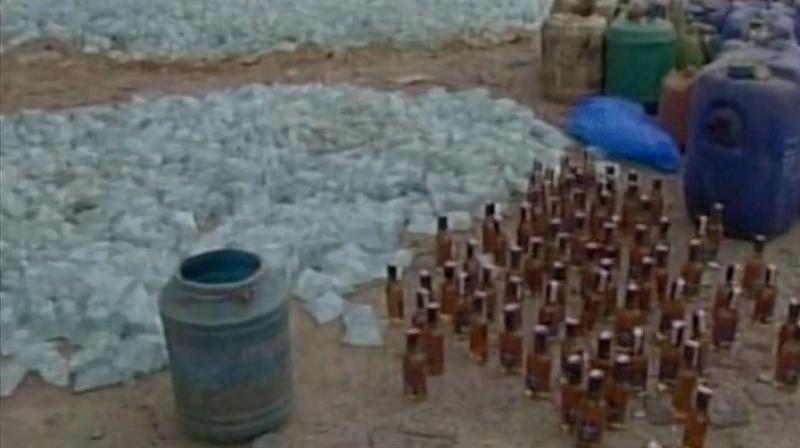 Earlier this month, the Supreme Court provided relief to several liquor manufacturers of Bihar by extending the time limit for disposing old stocks from May 31 to July 31.

A vacation bench of the apex court headed by Justice Arjan Kumar Sikri and also comprising Justice Deepak Gupta extended the time limit from May 31 to July 31 to dispose of old stocks, including raw material, lying in their ware houses.

The apex court heard the submissions and arguments made by Kapil Sibal, senior lawyer of the Supreme Court and counsel appearing for the state of Bihar Keshav Mohan.

Mohan told the apex court that there was illegal trade going on in the state and no extension should be given.

Several liquor manufacturers approached the apex court seeking an extension of the May 31 deadline for moving liquor stocks out of the state.

The Bihar Government had in January moved the apex court seeking transfer of plea against the liquor ban legislation from the Patna High Court.

Alcohol companies had earlier moved the Patna High Court against the liquor ban.

The apex court, last October, had stayed the Patna High Court's order, quashing the notification banning consumption and sale of liquor in Bihar.

The state government had moved the apex court challenging the High Court's order of striking down the Bihar Prohibition of Liquor Act.

The Nitish Kumar government last year notified the new Bihar Prohibition and Excise Act, 2016 which ensured complete ban on sale and consumption of liquor - both Indian Made Foreign Liquor and country-made - in the state.