India   All India  02 Jun 2017  Mishra to launch anti-AAP govt website, 'scam' papers to be made public
India, All India

Mishra to launch anti-AAP govt website, 'scam' papers to be made public

Mishra also dared Delhi CM Kejriwal to upload the proofs against the leaders whom he had accused to be involved in the corruption. 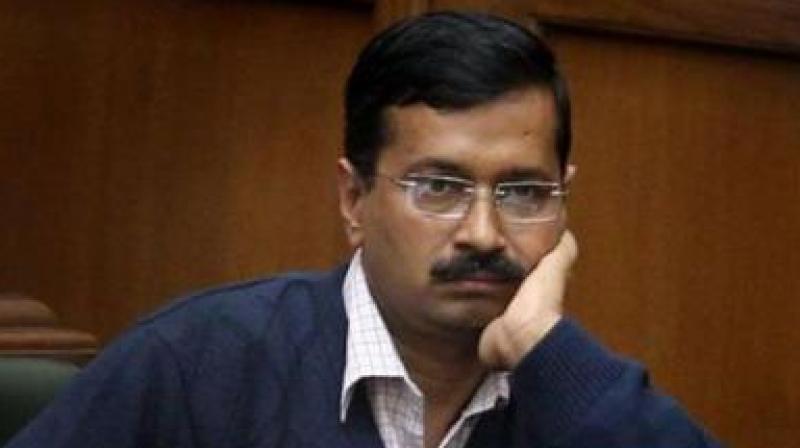 After his sacking from Delhi Cabinet, Mishra has been levelling a series of serious charges against Kejriwal and Delhi Health Minister Satyendra Jain. (Photo: PTI)

New Delhi: Sacked Delhi Minister Kapil Mishra on Friday said that on Saturday a website would be launched on which all the documents related to Delhi Government's scams would be uploaded.

Addressing a press conference here, Mishra said that before uploading the documents on the website, the documents will be shown to the public.

The next course of the movement would also be decided on Saturday.

He also dared Delhi Chief Minister Arvind Kejriwal to upload the proofs, if any, against the leaders whom he had accused to be involved in the corruption.

It is pertinent to mention here that before assuming the power, Kejriwal used to level sensational allegations against many leaders, including former Delhi chief minister Sheila Dikshit.

After his sacking from Delhi Cabinet, Mishra has been levelling a series of serious charges against Kejriwal and Delhi Health Minister Satyendra Jain.

Mishra said that Jain is facing the Central Bureau of Investigation (CBI) in connection with the hawala and black money case.

"The preliminary enquiry has been completed and the case is moving towards registration of an F.I.R. Only an audio clip of Delhi Minister Aseem Ahmad Khan was surfaced and without doing any inquiry Kejriwal had sacked him. Till today, 12 FIRs have been registered against Kejriwal's relatives and Jain and nothing has happened," said Mishra.

"Jain knows the dark secrets of Kejriwal. I have been told by some top sources in the Aaam Aadmi Party (AAP) that Jain has threatened Kejriwal that if he is sacked then he would become government witness and expose Kejriwal government's all the scams. This is the reason both are quiet," alleged Mishra.

He said the attack on him in Delhi Assembly and firing on Rahul Sharma in Noida happened so that "we stop exposing Kejriwal, but today we are exposing another scam of Kejriwal government".

Then he alleged that duplicate Compact Natural Gas (CNG) kits are being sold in Delhi and if any accident takes place due to this then the Delhi Government should be held responsible.

"We have accessed some sensitive documents which show that at least 10,000 vehicles are fitted with duplicate CNG kits in last ten months," said Mishra.

"The director of Tag Gas Canada had earlier incorporated a company named TA Gas which was closed down following a High court order on the charges of being a fraud company involved in selling duplicate parts. Then, same directors incorporated a different company Tag Gas Canada on the same address, but its Canada address is fake," Mishra said.

He said that the Delhi Government gave contract of installing CNG kits to a company which doesn't manufacture CNG kits in Canada but imports duplicate kits from China and assemble them in a building at Dabri Chowk in Delhi.