The 46-year-old co-founder of INX media was admitted to JJ Hospital on Friday night for 'chest pain evaluation', doctors said. 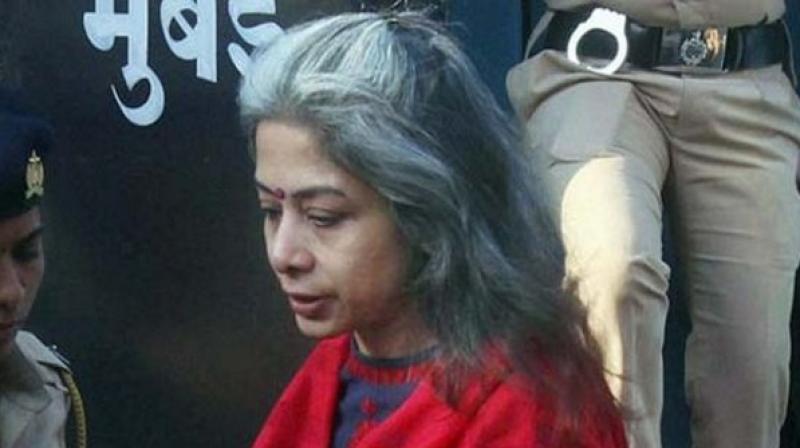 Mumbai: Former media executive Indrani Mukerjea, a key accused in the murder case of her daughter Sheena Bora, was admitted to the J J Hospital on Friday night for "chest pain evaluation", doctors said on Saturday.

The 46-year-old co-founder of INX media, lodged in Byculla women's jail, was admitted in the critical care unit (CCU) of the state-run hospital at around 11.30 pm and her condition is now stable, they said.

"She was complaining of chest pain. We are accordingly evaluating her situation and she will be discharged in a day or two, till then she will be in the hospital," said Dr  SD Nanandkar, Dean of JJ Hospital.

Incidentally, this is the second time in two months that Mukerjea has been admitted to the hospital.

In April, Mukerjea was admitted to the hospital in a "semi-conscious" condition. She subsequently underwent a series of medical tests. The hospital authorities had then said she had an overdose of anti-depressants that were not prescribed to her.

Indrani is currently facing trial for allegedly killing her daughter Sheena Bora. Bora (24) was allegedly killed and her body disposed of in a forest area in the neighbouring Raigad district in April 2012, according to the police.

Mukerjea, her former husband Sanjeev Khanna and driver Shyamvar Rai were arrested for the crime which came to light in August 2015. Rai later turned an approver (prosecution witness) in the case. Bora, Mukerjea's daughter from an earlier relationship, was killed over a financial dispute, said the CBI which is probing the case.

The Central agency later also arrested Mukerjea's husband Peter Mukerjea, a former media baron, for allegedly being part of the murder conspiracy. The high-profile case, which has attracted a lot of media attention, was initially handled by the Mumbai Police and later transferred to the CBI.