Moradabad bore the maximum brunt of the storm, with as many as 7 deaths reported from the district, followed by three deaths in Sambhal. 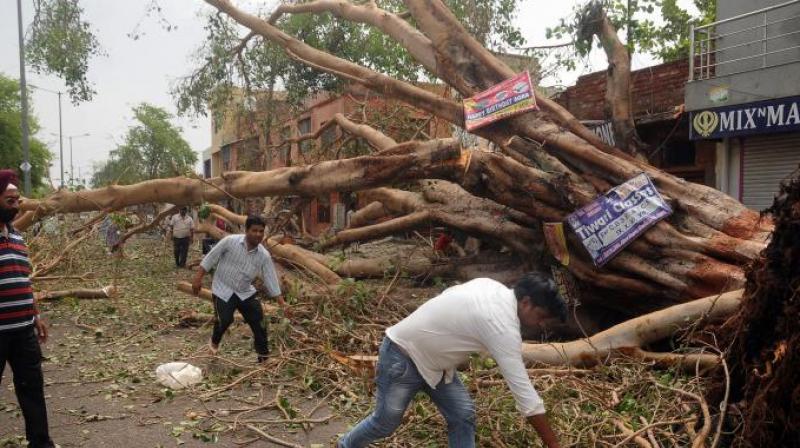 Lucknow: Uttar Pradesh was hit by another deadly dust storm that claimed 17 lives and left 11 persons injured on Friday evening. A UP government spokesperson on Saturday said that most of the deaths were caused due to falling of trees and house collapse.

Moradabad bore the maximum brunt of the storm, with as many as seven deaths reported from the district, followed by three deaths from Sambhal, the state government spokesperson said.

The state government has directed all district magistrates to distribute relief within 24 hours. The state was swept by three major dust storms last month that left over 130 people dead.

On May 13, 39 people died in various districts including Bareilly, Barabanki, Bulandshahr and Lakhimpur Khiri districts. On May 9, a severe storm left 18 dead and 27 others injured. Five people died in Etawah district, three each in Mathura, Aligarh and Agra, two in Firozabad and one each in Hathras and Kanpur Dehat.

Thunderstorms and lightning on May 2-3 left 80 dead in the state, most of them in Agra district in the western part of the state.