Justice Gogoi expressed concern over reports of sexual abuse of children and said there was a need for effective deterrent regime. 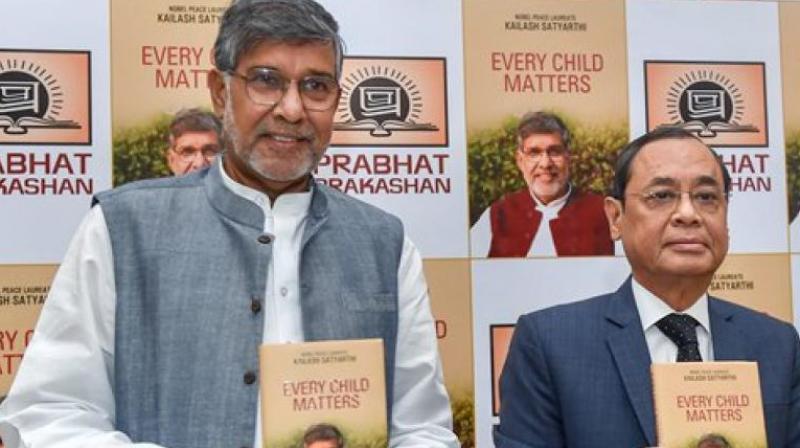 New Delhi: Supreme Court judge Ranjan Gogoi on Friday termed the children-friendly amendments recently made in laws as a "mirage" and said it was not a secret that the justice delivery system in India was "begging for complete overhaul".

Justice Ranjan Gogoi, who is next in line to become the Chief Justice of India, expressed his concern over recent reports of sexual abuse of children across the country and said that there was an urgent need to have in place an effective deterrent regime.

"I cannot say if child sexual abuse has become any more rampant in the last few months than it earlier was because I believe if all cases of sexual abuse of children were to really get reported, we would be in for a mortifying shock. But at the least, the last few months have pressed us to see how urgent a need it is to have in place an effective deterrent regime," he said.

Speaking at a function in New Delhi to release a book titled "Every Child Matters", a collection of articles and interviews given by Nobel laureate Kailash Satyarthi, he said that "tweak" in legislations to pacify the agitations over any issue was just to "sop justice".

"A tweak here and a tweak there in the law to pacify the agitated mood is just to sop justice. And then there are the harrowing long-drawn battles in the court. It is no secret that the justice delivery system is begging for a complete overhaul. But, when will it come is anybody's guess," Justice Gogoi said.

He said "we still continue to see children as income supplements" in economically challenged households and this concern-deficit reflects in policy making and legislations.

"The 2016 amendment to the Child Labour Act, for example, is a mirage to say the least. The idea of the amendment was to make child labour law more stringent so as to realise the mandate of the Right of Children to Free and Compulsory Education Act, 2009, ie a child (6-14 years) be enabled to receive elementary education," Justice Gogoi said.

"Now to expect this age to be raised to 18 years, will be like chasing rainbows." he said.

The 2016 amendment to the Child Labour Act prohibits many things including the engagement of children in all occupations and of adolescents in hazardous processes.

"Is it not a disservice when the amendment formalises employment of children up to 14 years in family enterprise which can be any vocation as long as it was not one of those three prohibited occupations. These are occupation in mines, inflammable substances and hazardous occupations," Justice Gogoi said.

"The amendment, if I have understood it correctly, penalises employment of adolescents in the above three occupations. The law was inadequate to begin with, now, it is inimical too," he said.

Speaking on the occasion, Satyarthi said his Nobel Prize brought a lot of attention on the issue of protection of child rights.

"It's unfortunate that we live in a society which worships Durga, Saraswati and Laxmi but our daughters are not safe to go out," he said.

He also said that India may be a land of 100 problems, but it is also the motherland of one billion solutions.