India   All India  02 Jun 2018  Mayawati 'vacates' portion of bungalow, says it is memorial to Kanshi Ram
India, All India

Mayawati 'vacates' portion of bungalow, says it is memorial to Kanshi Ram

Her announcement comes following a SC order that former UP chief ministers are not entitled to official accommodation. 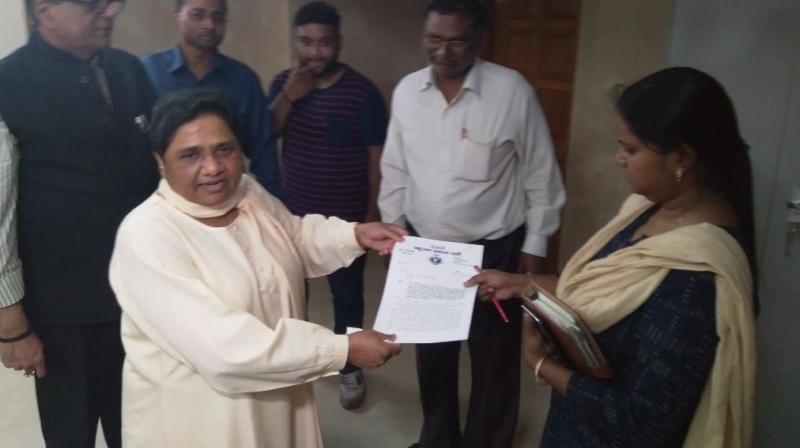 SP Chief Mayawati hands over the charge of her government bungalow. (Photo: ANI/Twitter)

Lucknow: BSP president Mayawati on Saturday said she was “vacating” the portion of the government bungalow she occupied but insisted that the property remained a memorial to party founder Kanshi Ram.

Her announcement comes just ahead of the deadline set by the Uttar Pradesh estates department, following a Supreme Court order that former UP chief ministers are not entitled to official accommodation.

The Bahujan Samaj Party has resisted giving up the bungalow on 13-A, Mall Avenue, saying that it had been converted into a memorial to Kanshi Ram in 2011, and the BSP leader occupied just a small portion of it.

"I am today vacating the portion of 13-A Mall Avenue occupied by me till now,” she told reporters. “From now on, the said bungalow in Lucknow will be a memorial named after Kanshi Ram," she added.

Her insistence on calling the bungalow a memorial makes it unclear whether it will actually be handed over to the estates department. Mayawati had earlier moved out of another bungalow at 6, Lal Bahadur Shastri Marg, which she claimed had been allotted to her in the capacity of a former chief minister.