Sita was a test-tube baby, claims UP deputy CM

Sharma also said that journalism began during Mahabharata and Narad Muni, the messenger of Gods, was the Google of those times. 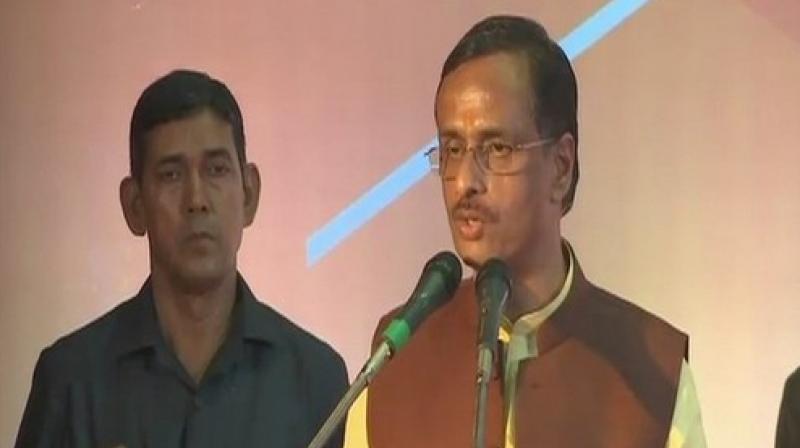 Lucknow: Uttar Pradesh deputy chief minister Dinesh Sharma in a bizarre claim said that goddess Sita was possibly born though test-tube technology — a statement aimed at highlighting ancient India’s gifts to modern science. An embarrassed BJP swung into damage control by asking him to exercise restraint in his speeches.

Speaking at a function on Friday, Mr Sharma said, “It is believed that Sita was born from an earthen pot which implies that during the era of Ramayana, the concept of test-tube baby existed and Sita was born through this.”

A day ago, Mr Sharma said that live telecast technology was available during the Mahabharata era and it was though this that Sanjay narrated the developments in the distant battlefield to blind king Dhritrashtra.

Mr Sharma also said that journalism began during Mahabharata and Narad Muni, the messenger of Gods, was the Google of those times.

“Your Google has started now, but our Google started long time back. Narad Muni was the epitome of information. He could reach anywhere and transfer a message from one place to another by saying ‘Narayana’ three times,” the deputy chief minister explained.

Mr Sharma said that aeroplane was first invented during the Ramayana era and the ‘Pushpak Viman’ was an ancient form of this.

The deputy chief minister has now joined the growing list of leaders of the ruling BJP who have courted controversy by claiming that advance medical procedures like cataract, plastic surgery, nuclear tests and even the gravitation theory, started during the ancient times in India.

Party sources said national general secretary Bhupender Yadav called up Mr Sharma to convey its displeasure for his comments and asked him to exercise restraint in his speeches.

Meanwhile, BJP spokesman Rakesh Tripathi defended the Uttar Pradesh deputy chief minister and said that he had been quoted out of context.

“He was simply talking of a similar technology having existed in ancient times and there are scriptures to prove this. The media is trying to create a controversy over a simple statement,” he said.