A national executive member of BJP, Mr Sarangi was elected to Odisha Assembly twice in 2004 and 2009. 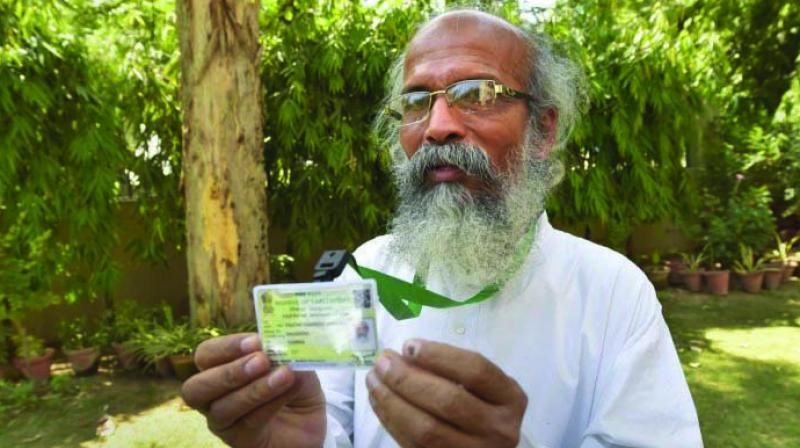 The 64-year-old politician’s hard work and dedication to people appear to have earned him a huge opportunity to fulfill his mission to serve the people.

Balasore: Pratap Sarangi is fondly called by people in his home district Balasore as Nana, which refers to elder brother.

The bachelor politician Pratap Sarangi who was elected from Balasore Lok Sabha seat and was inducted into the Union council of ministers on Thursday by Prime Minister Narendra Modi was assigned ministry of micro, small and medium enterprises, loves to be called by this name.

The two-time MLA from Nilagiri in Balasore, Mr Pratap made his maiden entry to Lok Sabha this year by winning from Balasore constituency defeating sitting BJD’s crorepati  MP and industrialist Rabindra Kumar Jena by 12,956 votes.

The 64-year-old politician’s hard work and dedication to people appear to have earned him a huge opportunity to fulfill his mission to serve the people.

He lives in a thatched house, rides a bicycle and spends a major portion of his MLA pension to support education of poor children and his simplicity has already created a buzz in social media. A national executive member of BJP, Mr Sarangi was elected to Odisha Assembly twice in 2004 and 2009. He had also contested the 2014 Lok Sabha elections from Balasore constituency but lost to BJD’s Rabindra Jena. Mr Sarangi’s association with active politics and electoral victories has not affected his lifestyle as he continues to live in a mud and bamboo house and rides a bicycle to most places, even during his earlier poll campaigns.

After graduating from Fakir Mohan College in Balasore, he, according to his close friends, wanted to become a monk of the Ramakrishna Math and Mission but the math encouraged him to engage himself in social work instead.

Thereafter, he started serving people in and around his village and got associated with Rashtriya Swayamsevak Sangh (RSS) and Vishwa Hindu Parishad (VHP). He is credited with opening a number of schools for the poor children in the tribal and remote areas of Mayurbhanj and Balasore districts of the state which were devoid of educational facilities.

In the run up to the recent elections, Pratap adopted his own style of campaigning, which was in sharp contrast to that of his rivals who had hired professional agencies and campaign managers. He relied on party workers and moved around in an autorickshaw. The newly elected lawmaker is firm that his new status as parliamentarian will not change his lifestyle as he believes in working for the people and serving the country.