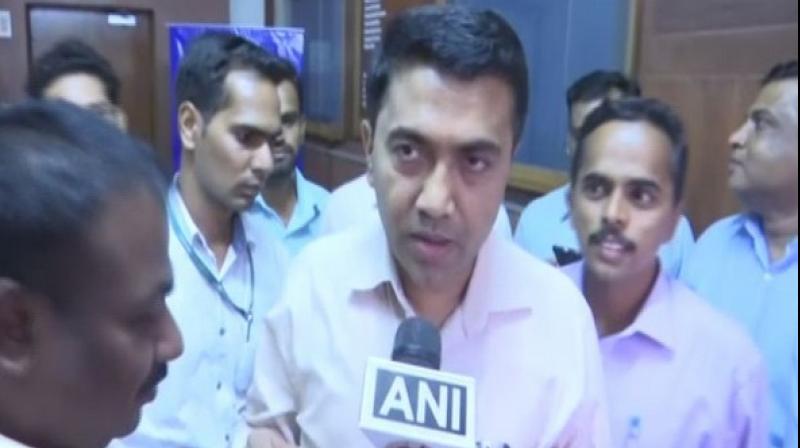 Sawant told ANI on Saturday, 'I have asked for a report. I will talk after seeing the report.' (Photo: ANI)

Sawant told ANI on Saturday, "I have asked for a report. I will talk after seeing the report."

The woman activist told ANI, "The municipal authorities had carried out the demolition of encroachment by a casino on Friday. I went to talk to people working there. When I was talking to the youth present there, the MLA and others with him started molesting me. They touched my body inappropriately. They also threatened me saying 'we will see you'. I demand strict action against them."

However, a protest led by the Goa Congress Mahila Morcha on Saturday demanded action against the activist on whose complaint the police booked Monserrate, Madkaikar and Parekh for alleged molestation.

The protesters claimed the woman had filed a false complaint.

The woman activist also alleged that Monserrate verbally abused her.

"We have recordings that the woman used filthy language against Monserrate. She made false allegations," Congress MLA Tony Fernandes said.

Congress Mahila Morcha president Pratima Coutinho also claimed that the woman was lying and should be booked for misleading the police.

"There was no molestation. The woman who claims to be an activist was hired by the casino operators to file complaints against our MLA, mayor and former deputy mayor," she said.