Last week, a Muslim man from Bihar's Darbhanga city broke his Ramzan fast and donated blood to save the life of a child. 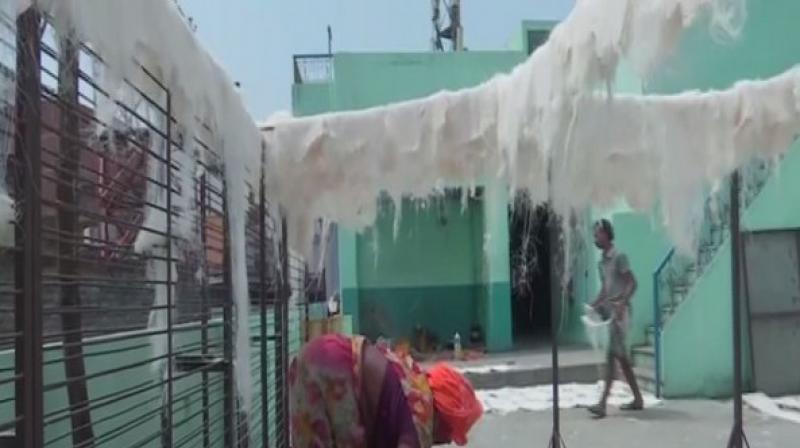 Workers preparing for Vermicelli during Ramzan in Varanasi. (Photo: ANI)

Varanasi: In an example of communal harmony, a Hindu family residing in Afsanganj is producing traditional Vermicelli or Seviyan for their Muslim brothers during the fasting month of Ramzan.

Despite the scorching heat, women and men were seen drying Vermicelli, which is used in making sheer khurma, a famous dessert which is a part of the meal that breaks the fast on Eid.

"We start making vermicelli 3 months before the Ramzan. Muslim brothers come to us to buy it. Here, we do not discriminate people based on their religion. Some Muslim customers also give us blessings. We also export our products to other countries," Anant Lal Kesarkani, the shopkeeper said.

"In every season, out of all types of vermicelli, rumani semiya becomes the most preferred product by the customers. At present, we are producing three types of semiya which are different in the sizes," said Ashrafi Lal Kesri.

Last week, as a goodwill gesture, a Muslim man from Bihar's Darbhanga city chose humanity over his religion when he broke his Ramzan fast and donated his blood to save the life of a two-year-old child. The man, Mohammad Ashfaq, recently came across a Facebook post, where the infant's family had posted a message urging users to donate blood for the child.