India   All India  02 Jul 2017  Consumers not complaining about GST, some traders are: Arun Jaitley
India, All India

Consumers not complaining about GST, some traders are: Arun Jaitley

The mindset of the people have to change if India wishes to move from a developing to a developed economy, Jaitley said. 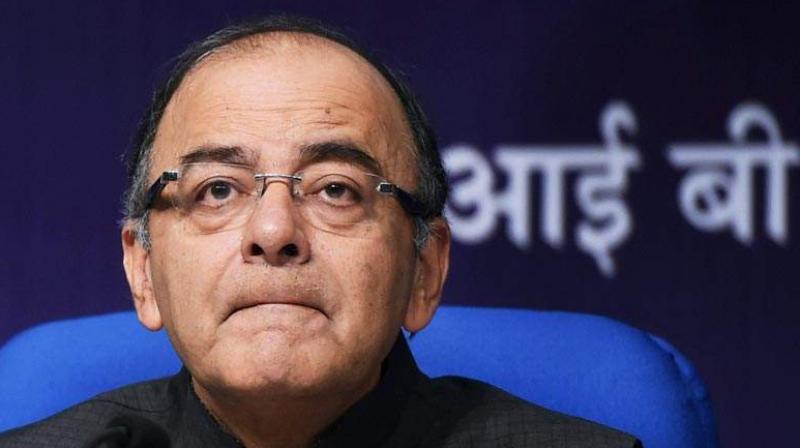 New Delhi: Finance Minister Arun Jaitley on Saturday wondered why certain traders are complaining about GST rates when the ultimate burden of taxation will fall on consumers.

Jaitley said the consumers are not complaining about Goods and Services Tax (GST) because the government has kept the rates at reasonable levels. "In the country nowhere the consumer is complaining because we have tried to make reasonable the basket of taxation. So why are one or two traders complaining? Traders don't have to pay tax, consumers have to," he said.

The minister further said nobody can claim that one has the fundamental right of not paying taxes. The society has gotten used to the mindset that not paying taxes is not a wrong thing, he said.

He said many ‘tough decisions’ have been taken by the government which helped restore credibility of the economy. "For any economic reform, it is essential that direction of the government is right. No half-baked measures can result in reform. Government which blinks is never able to reform," Jaitley said.

Rejecting suggestions of a single or dual GST rate, he said it can be done in the future and 12 and 18 per cent GST rates can converge into a single figure. But today if we have 15 per cent single rate then zero-rated food items which are used by poor people would become costlier, he said, adding there should be equity in taxation policy.

The GST, which came into effect from Saturday, has a four-tier rate structure -- 5, 12, 18 and 28 per cent. Besides, certain essential commodities are zero-rated. Jaitley said GST is a collective decision of the nation and every state government has supported it.

"There is no need to worry, some people are worried and hence they are distancing. This a collective decision of the nation, and I believe this will surely benefit the nation. Whenever there is a change, there are technology based troubles," he said.