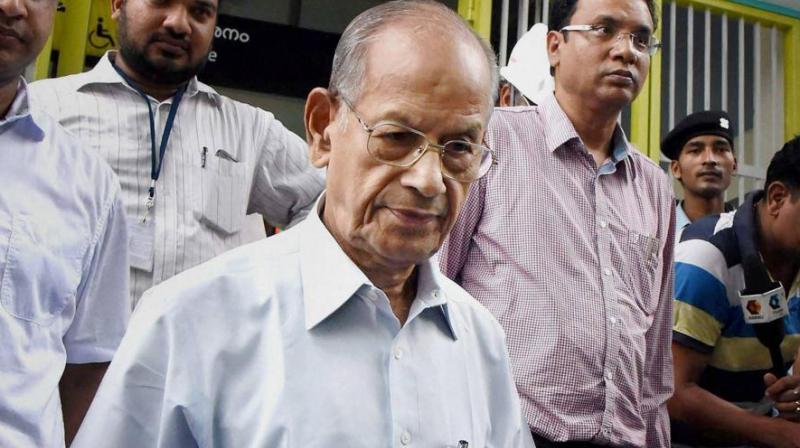 'Bullet trains will cater only to the elite community. It is highly expensive and beyond the reach of ordinary people. What India needs is a modern, clean, safe and fast rail system,' says E Sreedharan. (Photo: File | PTI)

New Delhi: Just a week after being appointed by the Narendra Modi government, to head a committee set up to lay down standards for metro rail systems in the country, 'Metro Man' E Sreedharan, slammed the bullet train project.

In an interview to the Hindustan Times, Sreedharan said: "Bullet trains will cater only to the elite community. It is highly expensive and beyond the reach of ordinary people. What India needs is a modern, clean, safe and fast rail system."

A retired Indian Engineering Service (IES) officer, Sreedharan served as the managing director of Delhi Metro from 1995 to 2012.

The Prime Minister's flagship bullet train project is coming up between Mumbai and Ahmedabad at an estimated cost of Rs 1.1 lakh crore. The project with Japanese collaboration has already missed a deadline on land acquisition, due to strong opposition from farmers, in Gujarat and Maharashtra. The project, which is being closely monitored by the Prime Minister's Office (PMO), is set to be completed by August 2022.

While approving the new metro panel, the PMO in a statement said "There are numerous areas for which indigenous standards need to be formulated. These are layout of metro stations, platforms, signage and displays, size of tunnels, fire protection systems, disaster management systems, environment friendly and waste management systems.

The indigenous standards will focus on sub-systems for all new metro projects and see that the new routes conform to the prescribed standards.

Apart from Sreedharan, the panel will have eight other members from the Urban Development Ministry, the Railways and various other metro bodies.

Sreedharan has also punctured the claims that the railways has improved. "I do not agree that the Indian Railways has made rapid progress. Apart from bio-toilets, there is no technical upgradation. Speed has not increased. In fact, the average speed of most prestigious trains has come down. Punctuality is worst – officially 70 per cent, actually less than 50 per cent. Accident record has not improved. Many also die on tracks, at level-crossings, in suburban sections. Almost 20,000 lives are lost on tracks yearly. I feel Indian Railways is 20 years behind those of advanced nations," he said.

Sreedharan, has been behind the planning of most metro projects in the country, starting from Kolkata, where the first metro came up in the 1980s. He was awarded the Padma Shri in 2001 and the Padma Vibhushan in 2008.