Consensus on Sushil Kumar Shinde as new chief of Congress?

The party, however, officially declined to confirm information on Shinde’s elevation and Gehlot’s resignation. 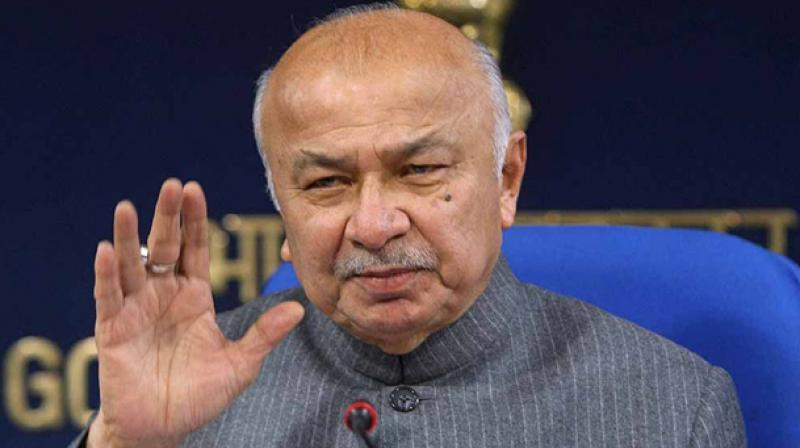 New Delhi: Confusion continued within the Congress while rumours flew thick and fast on Monday as party president Rahul Gandhi met the chief ministers of Congress-ruled states. Speculation was rife that at least two CMs — Ashok Gehlot and Kamal Nath — had offered to resign at the meeting, but Mr Gandhi stood firm on his decision to step down himself.

Sources also said at the two-hour-long meet, there was a discussion on Mr Gandhi’s possible replacement and a consensus appeared to be emerging over the name of Sushil Kumar Shinde.

The party, however, officially declined to confirm both pieces of information with Rajasthan CM Ashok Gehlot, who briefed the media afterwards, saying that the offers for resignations had been made right after the election drubbing at the Congress Working Committee meeting on May 25.

“A chief minister of an elected government should be ready to resign. The high command should decide what should be done next. We had offered it to the Congress Working Committee (CWC) itself,” he said, standing next to the other CMs — Madhya Pradesh’s Kamal Nath, Chhattisgarh’s Bhupesh Baghel, Punjab’s Amarinder Singh and Puducherry’s V. Narayanswami.

The Rajasthan CM further said: “The CWC on May 25 authorised Mr Gandhi to make any changes he deems necessary, whether he wants to replace or restructure the entire party.”

“We have conveyed the sentiments of the workers and how they feel that Rahulji is the best placed to lead us. We had a long and a good meeting. He listened to us with attention and we hope he would take a positive decision,” he added.

The tone for the day was set when right in the morning Mr Gehlot tweeted that the chief ministers of Congress-states were ready to share responsbility for the defeat. “Earlier also we all have stated that we are with Hon’ble Congress President and we own the responsibility of the 2019 debacle,” he said.

However, when asked for his reaction to this comment, Mr Gandhi told reporters in Parliament that he remained firm over his decision to quit.

Though the Congress president has over the past month been firm in his resolve to quit, there has officially been no forward movement. Many names have floated around as his possible replacement, including that of Mr Gehlot, senior Karnataka leader Mallikarjun Kharge and that of Mr Shinde on Monday.

Sources said the new Congress president’s name might be announced by Wednesday or Thursday.