Christened as ‘corona kill campaign’, the drive will identify people with influenza like symptoms across MP 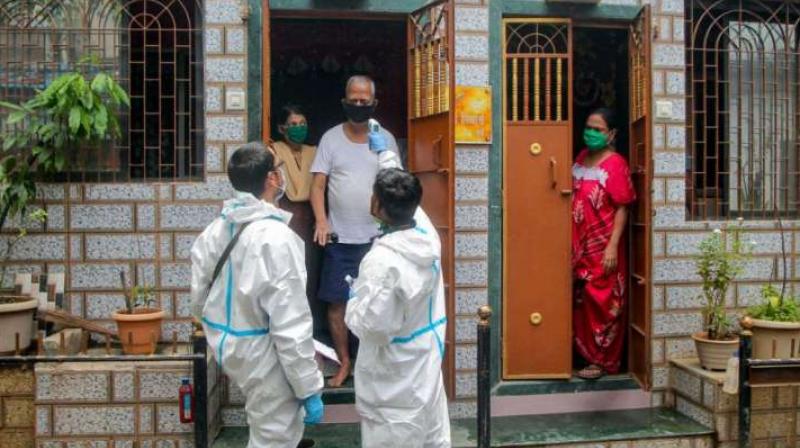 Bhopal: Madhya Pradesh government on Wednesday launched a drive to conduct ‘door-to-door’ health surveys across the state in order to identify people who have Covid-19 symptoms.

MP is perhaps the second state after Goa to take the initiative to conduct ‘door-to-door’ surveys across the state to detect the Covid-19 patients and ascertain the extent of virus transmission.

Several states in the country have conducted door-to-door surveys only in disease hotspots and containment zones to identify the Covid-19 cases and assess the extent of community transmission of the virus.

Christened as ‘corona kill campaign’, the drive will identify people with influenza like symptoms such as cough, fever etc. across MP.

The survey is targeted to be completed by July 15.

“Health survey has begun in all the 52 districts in the state under the ‘corona kill campaign’”, additional chief secretary (health) Mohmmad Suleman said.

The entire population of 7.5 crore of MP will be covered under the survey.

“Around three lakh people including anganwadi workers, volunteers and NGO activists have been given training to conduct the survey”, officials of state health department said.

“We have conducted health surveys in 86,749 houses under 52 slums in Bhopal in which around 4.13 lakh people have been covered. Samples of 6455 suspected coronavirus cases were taken during the survey. Of them, 160 samples tested positive”, state health commissioner Faiz Ahmed Kidwai said.

The survey in particular places in Bhopal was undertaken through June 27-29 as a pilot project.

As of Wednesday afternoon, Madhya Pradesh has recorded 1393 coronavirus positive cases and 572 deaths.

As many as 10395 Covid-19 patients have recovered so far in the state.

“Madhya Pradesh has dropped down the national chart from 4th place to 12th place in the past ten months. The rate of growth of coronavirus cases in MP currently is lower than other states. Hardly 17 percent of beds created for coronavirus patients have so far been utilised”, Mr Suleman said.

In the last week, four states- Telangana, Karnataka, Haryana and Andhra Pradesh- have overtaken MP. But, MP’s average coronavirus cases per day came to 180 through June, with highs in the range of 220 plus and lows 120 plus.