The next orbit raising operation is scheduled on August 6. 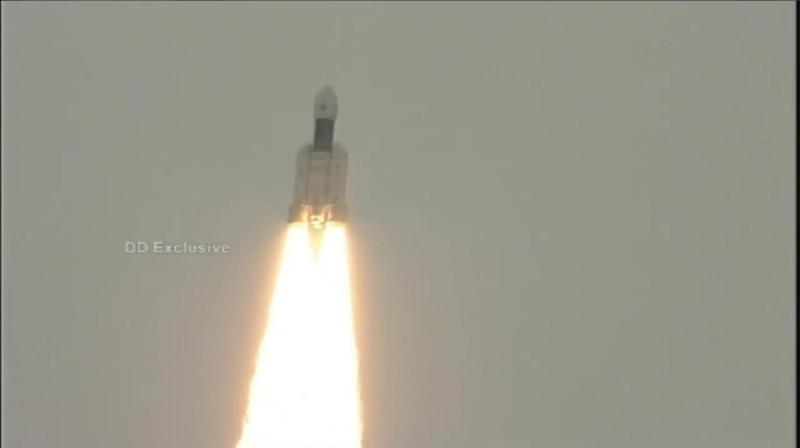 India's Chandrayaan-2 continued its voyage to the Moon with the spacecraft's orbit around the Earth being raised on Friday for the fourth time since its launch last month and all its parameters are normal, space agency ISRO said. (Photo: File)

Bengaluru: India's Chandrayaan-2 continued its voyage to the Moon with the spacecraft's orbit around the Earth being raised on Friday for the fourth time since its launch last month and all its parameters are normal, space agency ISRO said.

The fourth orbit raising manoeuvre was performed "successfully today as planned using onboard propulsionsystem for a firing duration of 646 seconds," the city-headquartered Indian Space Research Organisation said in a statement here.

The next orbit raising operation is scheduled on August 6.

The 3,850-kg three-module Chandrayaan-2 was launched on July 22 into an eliptical orbit around the Earth with the aim of landing a rover in the uncharted Lunar South Pole on September 7, marking a giant leap in the country's space programme.

The mission, if successful, will make India the fourth country after Russia, the US and China to make a soft landing on the moon.

With Friday's orbit raising, ISRO has completed four of the 15 critical manoeuvres planned by it to take the spacecraft to the moon, which is at a distance of nearly four lakh kms from the Earth, and make the soft landing.

The earlier orbit raising manoeuvres were carried out successfully on July 24, 26 and 29.

The spacecraft's present perigee or the nearest point to the Earth was 277 km while the apogee or the farthestdistance 89,472 km, ISRO said.

On entering the Moon's sphere of influence, the on-board propulsion system of Chandrayaan-2 will be fired to slow down the spacecraft, which will enable it to be captured into a preliminary orbit around the Moon, ISRO had said.

Later, through a set of manoeuvres, the orbit of Chandrayaan-2 around the moon will be circularised at 100 km height from the lunar surface, it said.

Subsequently, the lander will separate from the orbiter and enter into a 100 km X 30 km orbit around the Moon, and then, it will perform a series of "complex braking" manoeuvres to soft land in the South polar region of the Moon on September 7. Following landing, the rover will roll out from the lander and carry out experiments on the lunar surface for a period of one lunar day, which is equal to 14 Earth days.

According to ISRO, the mission objective of Chandrayaan-2 is to develop and demonstrate the key technologies for end-to-end lunar mission capability, including soft-landing and roving on the lunar surface.