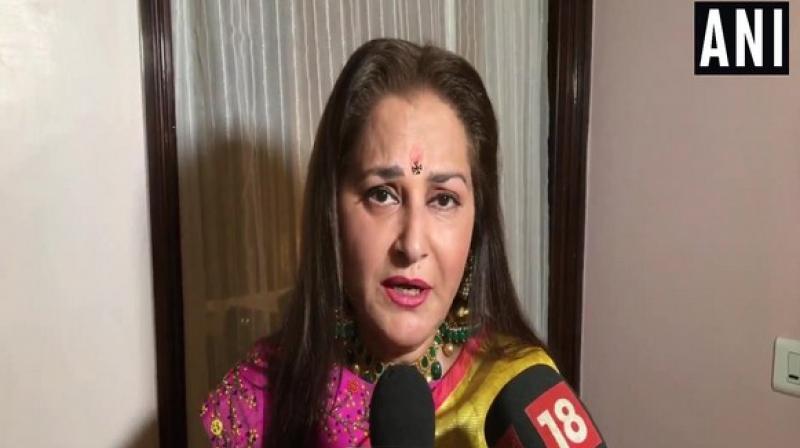 'This man (Azam Khan) is in everything, be it land acquisition or books. He is a land-mafia and education-mafia as well,' Jaya Prada said. (Photo: ANI)

"This man (Azam Khan) is in everything, be it land acquisition or books. He is a land-mafia and education-mafia as well," she told media here on Thursday.

Her comments came after Rampur Police arrested Azam Khan's son Abdullah Azam for allegedly violating Section 144 which was imposed by the district administration as Samajwadi Party workers were expected to gather in the district to protest against the state government.

This came two days after a raid was carried out at Mohammad Ali Jauhar University, during which more than 100 expensive books that were allegedly stolen from other institutes in Rampur were recovered.

Meanwhile, Jaya Prada also hit out at SP president Akhilesh Yadav for appealing to all party workers to reach Rampur as a show of strength to Azam Khan.

"I want to appeal to the administration and Chief Minister that whatever inquiry is to be done, it should be done on Akhilesh Yadav first as he is responsible for instigating people and sending them to Rampur," she said.

Searches were conducted at Mumtaz Central Library of Mohammad Ali Jauhar University, of which Azam Khan is the Chancellor.

Police claimed to have recovered more than 2500 expensive books, stolen furniture and manuscripts so far.