Chinar Corps Commander Lt General KJS Dhillon said the neighbour was trying to disrupt peace in the Valley but they would not be tolerated. 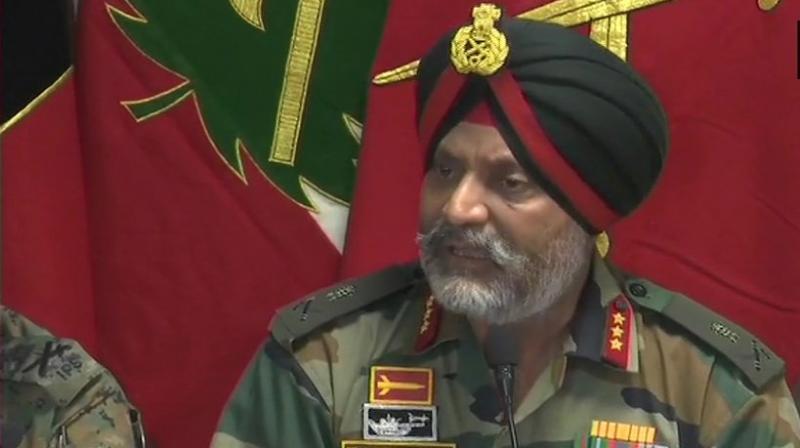 Kashmir: The Indian Army on Friday said it has confirmed inputs about Pakistan planning an attack on the Amarnath Yatra.

Addressing a press conference, Chinar Corps Commander Lt General KJS Dhillon said the neighbour was trying to disrupt peace in the Valley but they would not be tolerated.

Dhillon said, “Situation on the Line of Control is under control and very much peaceful. Infiltration bids from Pakistan side are being successfully thwarted. Type of IEDs we are examining and the IED expert terrorists we are capturing and eliminating point to the fact that Pakistan is trying to disrupt peace in Kashmir. We assure 'awaam' of Kashmir that no one will be allowed to disrupt peace.”

He also said that a Pakistan Army landmine was also recovered from one of the caches of terrorists which clearly indicated that Pakistan Army is involved in terrorism in Kashmir.

“An M-24 American sniper rifle with a telescope was also recovered from a terror cache along Shri Amarnath ji route,” Dhillon added.

Jammu and Kashmir Director General of Police (DGP) Dilbag Singh, who also addressed the joint briefing, said: “The overall number of active militants in the Valley and in the Jammu region has come down.”

The two officials made an emphatic appeal to mothers of the Valley. “We had done in-depth analysis of terrorism in Kashmir. 83 per cent of local people who pick up weapons had record of stone pelting. I request all mothers; if today your child throws stones at security forces for Rs 500, he'll become a terrorist tomorrow,” Dhillon said.

CRPF IG Zulfiqar Hasan said: “The Amarnath Yatra has seen unprecedented turnout and despite many threats, it has been peaceful. There have been serious attempts to disrupt the yatra but they were unsuccessful due to hard work of security personnel, use of technology and cooperation of people.”