It said action, including the closure of industries violating norms, will be taken within 15 days of submission of the inspection reports. 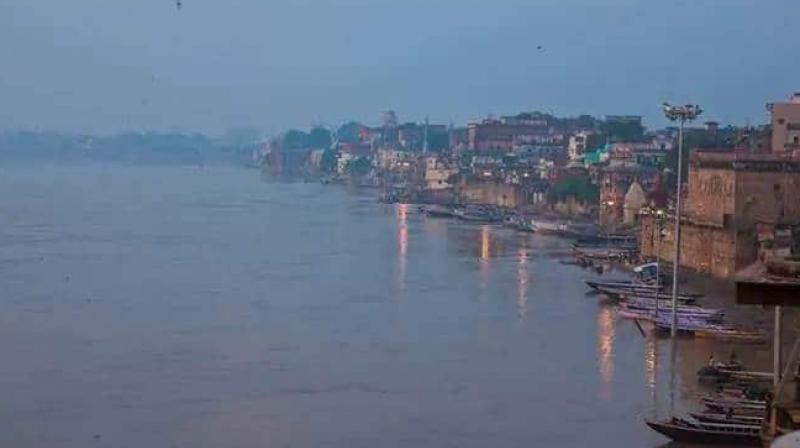 The CPCB said till now, over 400 grossly polluting Industries (GPIs) have been inspected, but 'very few' reports were submitted to the state boards. (Photo: File)

New Delhi: Taking strict note of effluent and industrial waste being discharged into the Ganga river, the CPCB has directed four state pollution control boards to take action on units, including closing them, if they don't comply with environmental norms.

In separate letters to the chairmen of the Uttarakhand, Uttar Pradesh, West Bengal and Bihar pollution control boards, the Central Pollution Control Board (CPCB) has directed them to process reports of inspections within 15 days.

It said action, including the closure of industries violating norms, will be taken within 15 days of submission of the inspection reports.

These inspections were carried out by technical institutions or under joint initiatives between them and the state boards.

The CPCB said till now, over 400 grossly polluting Industries (GPIs) have been inspected, but "very few" reports were submitted to the state boards by institutions such as the IITs, Jamia Milia Islamia, Moti Lal Nehru National Institute of Technology and 12 others.

"Industries like chemical, distillery, sugar, pulp and paper, textile, slaughter house, bleaching, food and dairy located in states of Uttarakhand, Uttar Pradesh, West Bengal and Bihar have been discharging effluent directly or indirectly into the Ganga through drains or tributaries which cause adverse effect on the water quality of the river and its tributaries," the apex pollution body said in the letters issued a week ago.

Inspection is supposed to be carried out of all polluting units and reports have to be given to state pollution control boards (PCB) within 15 days by technical institutions, as per CPCB directions.

"However, it has been observed that though 31 GPIs were inspected in Bihar and Uttarakhand each till July 21, out of which, one report was given to the Bihar PCB and four to the Uttarakhand PCB," it said.

"The central government has notified standards for discharge of environmental pollutants from industries and common effluent treatment plants (CETPs) under the Environment Protection Act," it said, adding that annual inspection of GPIs was made mandatory in 2017.

The CPCB in a meeting in April with state boards, National Mission for Clean Ganga officials and 19 technical institutions decided that the institutes will submit inspection reports to the state boards concerned, which will then take action within 15 days and ensure follow up actions.

However, the CPCB found that several such reports are yet to be processed.