The doctors have been protesting across the country over various aspects of the Bill. 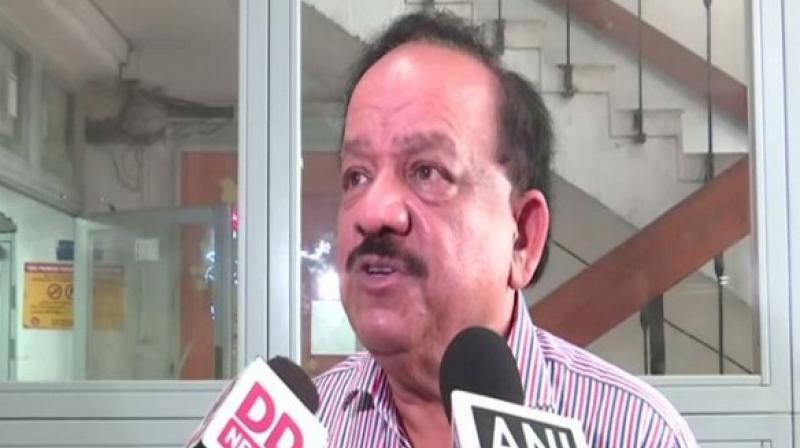 New Delhi: After meeting doctors protesting over National Medical Commission (NMC) Bill, Union Health Minister Dr Harsh Vardhan affirmed that its provisions will protect the sanctity of medical education and appealed to them to end the strike.

The doctors have been protesting across the country over various aspects of the Bill.

"I met doctors and cleared their misunderstandings over some provisions of the Bill and explained to them that it is in the nation's interest and also in the interest of doctors and patients. I appealed to them to end their protest," the minister said.

"Doctors had concerns about the NEET exam, AIIMS, the definition of the health provider and how it will be decided. We informed them that community health provider is a concept of mid-level practitioners, which was also defined by the World Health Organisation (WHO). It is already established in developed countries like China, Africa, America, England, Australia and others," Vardhan explained.

The minister added that the Bill, which was passed by Rajya Sabha on Thursday, will be beneficial for the medical fraternity and the country.

The doctors across India, under different banners, continued their strike in protest against the passage of the NMC Bill.

The Bill will replace the Medical Council of India (MCI) by a National Medical Commission.

Doctors have also been raising their voices against sections 32 and 15 of the Bill pertaining to licensing of health providers and the entrance exam for post-graduate course/NEXT.

They say that the Bill empowers Central government to override any suggestion of the NMC.

The Bill will decrease the representation of elected members from 75 per cent in MCI to 20 per cent in NMC.

The Rajya Sabha on Thursday approved the National Medical Commission (NMC) Bill, 2019 by a voice vote with Health Minister Harsh Vardhan saying the Bill will go down in history as the biggest reform of the Narendra Modi government.