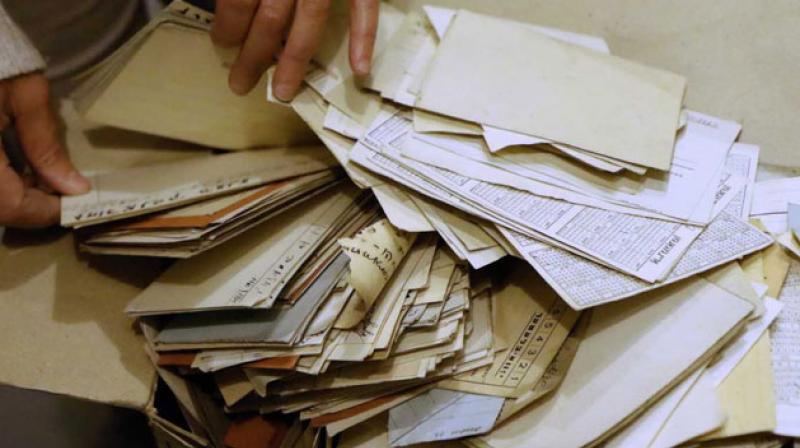 'It is unfair and illegal for a public authority to charge CGST and SGST for supply of information under the Right to Information (RTI) Act,' he said. (Representational | AFP)

Bhopal: An RTI applicant was asked to pay the Goods and Services Tax (GST) for getting information from the Madhya Pradesh Housing and Infrastructure Development Board in Bhopal under the transparency law.

Exercising his right to know, anti-corruption activist Ajay Dubey sought details of expenditure on renovation of office of Real Estate Regulatory Authority (RERA), Madhya Pradesh, from the board.

"It is unfair and illegal for a public authority to charge CGST and SGST for supply of information under the Right to Information (RTI) Act. I will appeal against this before the appropriate authority," he told PTI.

Finance Minister Arun Jaitley-led GST Council had in January this year recommended "to exempt supply of services by way of providing information under RTI Act, 2005 from GST".

While hearing a case, transparency watchdog Central Information Commission (CIC) had in February said public authority cannot quote a price for the information, treating it as goods or service of sellable nature.

"Besides, giving information is not even service, being transparent is the inherent duty of public authority and Central Public Information Officer (CPIO) can only collect the cost of copying charges so that the government exchequer is not affected. Therefore, the demand of GST charges made by the CPIO is illegal and unreasonable," the order by Central Information Commissioner M Sridhar Acharyulu said.