Ram Lal said both Sangh and Jamaiat were perhaps the largest non-political social organisations and wanted to work in interest of India. 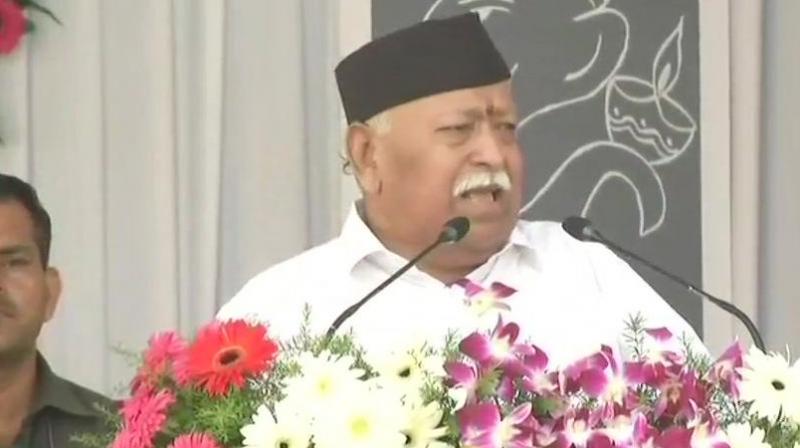 Mohan Bhagwat flew in from Nagpur for this meeting. (Photo: File)

The meeting was held on Friday at the Sangh office Keshav Kunj here and it was organised by former BJP general secretary (organisation) Ram Lal, who has now gone back to the RSS.

"The meeting lasted for more than 90 minutes and a host of issues were discussed. Bhagwat sahab also flew in from Nagpur for this meeting. It was held in a very cordial and harmonious atmosphere," Madani said.

He said both Sangh and Jamaiat were perhaps the largest non-political social organisations in the nation and they wanted to work in interest of the country which brought them on one table.

"Strengthening unity between Hindus and Muslims, incidents of mob lynching, and National Register of Citizens (NRC) were discussed," Madani said.

The meeting between the two leaders was held a day before the final NRC list was made public in Assam.

Madani also said that he conveyed in the meeting the Jamait was not in agreement with the views of V D Savarkar and M S Golwalkar.

When contacted Sangh's publicity department executive Rajiv Tuli confirmed the meeting and said that Bhagwat, being the Sangh head, interacted with people from different sections of the society.

"In a series of such meetings Bhagawatji met Madaniji met on Friday. The Sangh works for unity and peace in the country and whosoever wants to be party of this endeavour is welcomed," Tuli said.

According to sources in the Sangh, the meeting was supposed to be held earlier this year but it was postponed till after the Lok Sabha elections, so that there should not be any political interpretation of the meeting.